Amnesty is the "Mother of all scams"

We all know if things kept going along and the republicans played it smart, the 2014 elections were going to be a slam dunk. Then, enter John Boehner and amnesty, and heaven knows why he is bent on snatching defeat from the jaws of victory but he is. He needs to get as far away from amnesty as he can, but instead he is pushing it has hard as he knows how. So exactly what is his relationship with Obama and democratic party?????  I have included 2…

Another trillion dollars and kept most of the subsidies and most of the "free food" in tact.

Florida republicans who voted for the farm bill:

Just amazing as I had understood these "so called" freedom fighters were killing Christians in their paths and that none of them were moderate.  There is a quote from Reuters below that seems to indicate that is correct, and this is not so much about freedom at all but a religious war.  Certainly I don't think we should be supplying weapons to a group of people whose belief system or ideology says the American people are the enemy (along with the Israelis).  This would…
Continue

Immigration will affect your bottom line

While the President on one side of his mouth talks about concern of income inequality, on other side he is always instrumental creating policies that make his rich liberal friends richer than ever thereby always making the inequality worse.  Some of you might say, I got a pay increase.  You have forgotten the ‘inflation factor’.  Once included, you may realize you are falling behind, or merely standing in place.  Immigration reform is an easy way to force the American middle class to compete…

Where do we stand on IMMIGRATION?
Despite Speaker of the House John Boehner pledging he would never enter into conference negotiations on the Senate’s “Gang of 8” amnesty bill, the House has cleared the calendar for the Speaker to engage. Recently he announced he is preparing to release a set of “principles” and…

ACTION ITEMS: Common Core - and Listen to Debbie Higginbotham on 1/30/14 with Cindy Graves

Our NEF Coordinator is scheduled to be on the Cindy Graves Show THURSDAY January 30th, 1:00-1;30 PM (and may expand to the entire hour) to debate…

Rymam Shoaf should take on Crenshaw for the 4th District

Hello fellow Patriots.  I recently learned that Cord Beard will not be running against Ander Crenshaw in the primaries this year.  Many of you have met and heard Ryman Speak at Tea Party and other events.  The fact that Cord will not run and and Ryman is looking for a job lead me to suggest that he run for the 4th Congressional District.  If you agree please contact him and do the same!

It's the Body Count That Counts in the 'War on Women'

If only a few liberal women would understand the war on women is not being waged by who they think it is.  Those who are really waging the war have zero respect for women and see them as prostitutes more than their highly skilled and smart counterparts.

With the 40th anniversary of the Supreme Court's Roe v. Wade…

This is very serious, and it is part of the health care bill.  We need to stay informed about this, and hopefully, folks will keep on eye on the results of the conference that will be held in Tennessee.  As far as I am concerned, this is a massive overreach and total violation of our privacy.

Here is the document off the surgeon general's website.

ACTION ITEM - BENGHAZI.. WE WILL NOT FORGET

Your Phone Calls and E-mails are Producing Results!

For more than a year, ACT! for America has joined a chorus of concerned Americans calling for a thorough investigation of the September 11th, 2012 Jihadist terrorist attack on U.S. diplomatic facilities…

BIG CITY MAYORS and THE ACA

For clarification there are 2 related items here and I have combined the stories and the questions to be asked. (Jacksonville involvement in the promotion of the ACA and the meeting of the Mayor's in DC.)…

I keep getting duns from the Tea Party Express in Washington, DC

Rick Scott is NOT a friend to the Tea Party, So why do they think he is?

It’s good to have friends in high places.  Just ask Governor Rick Scott and Miami Dolphins owner Stephen Ross.   Each man has a problem.   Each man wants something from the other.  And they’ve got a plan to get it.

Unfortunately, you’re going to be paying for it.

Rick Scott wants to be re-elected as Governor of Florida.  The price tag for his re-elections is $100 million.  Like any slick…

Coming soon to an elementary or high school in your neighborhood....
(See highlighted section below.)

Interesting observation today, there was not one program dedicated to the memory of Martin Luther King today, disappointing.

Not even PBS has a program listed. I guess what he felt was relevant back then has no bearing today, or so it seems.

Interesting reading See what is going on the DC

Your Phone Calls and E-mails are Producing Results!

For more than a year, ACT! for America has joined a chorus of concerned Americans calling for a thorough investigation of the September 11th, 2012 Jihadist terrorist attack on U.S. diplomatic facilities in… 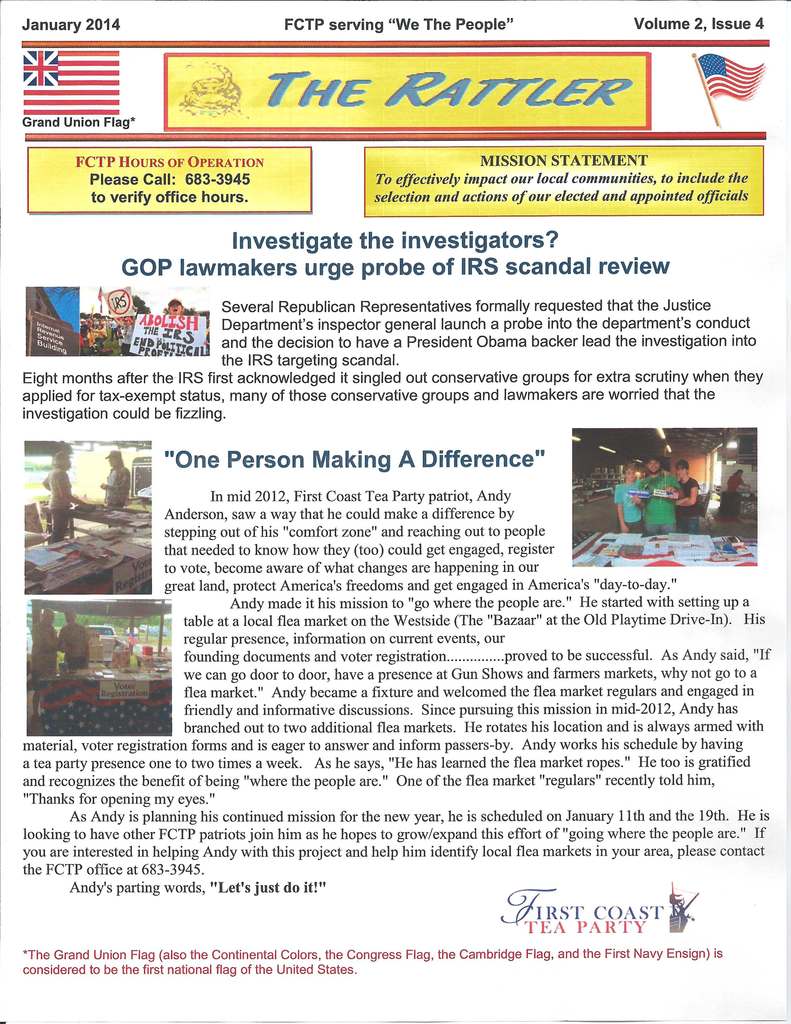 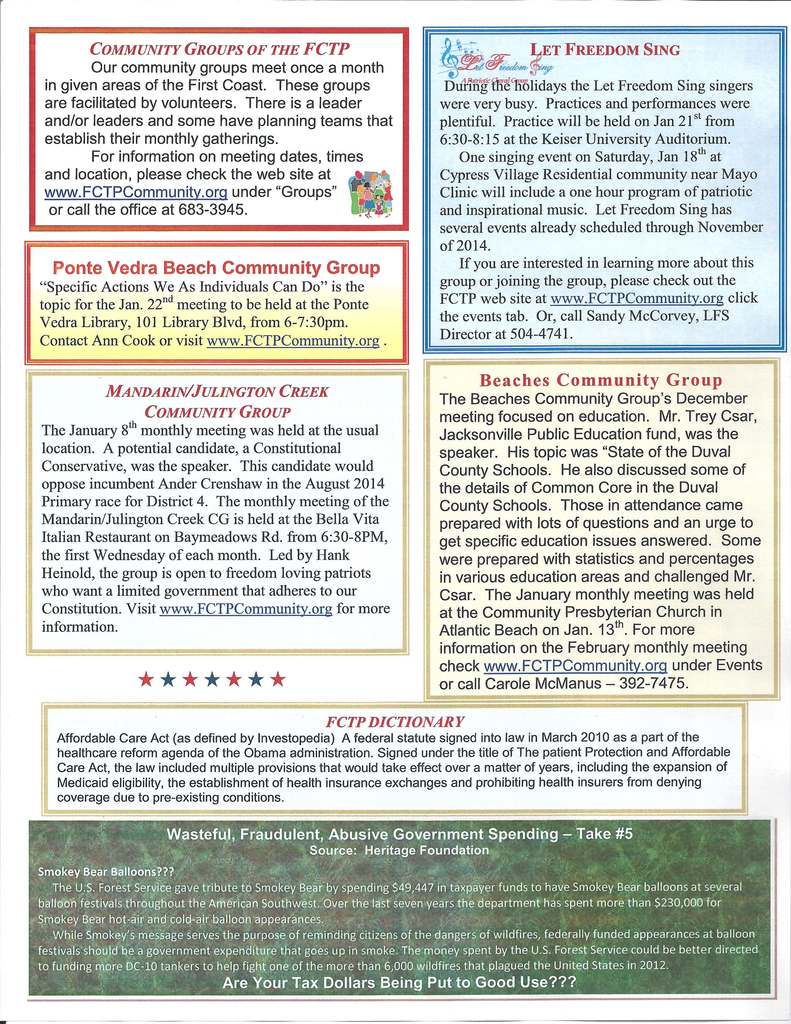 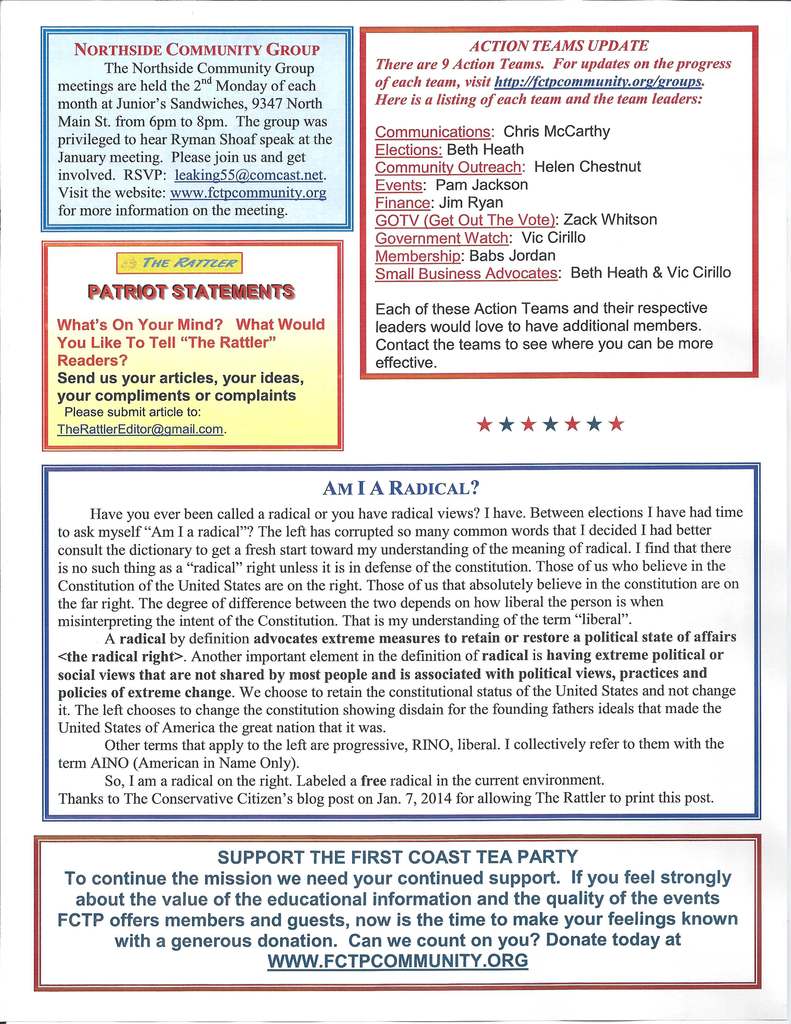 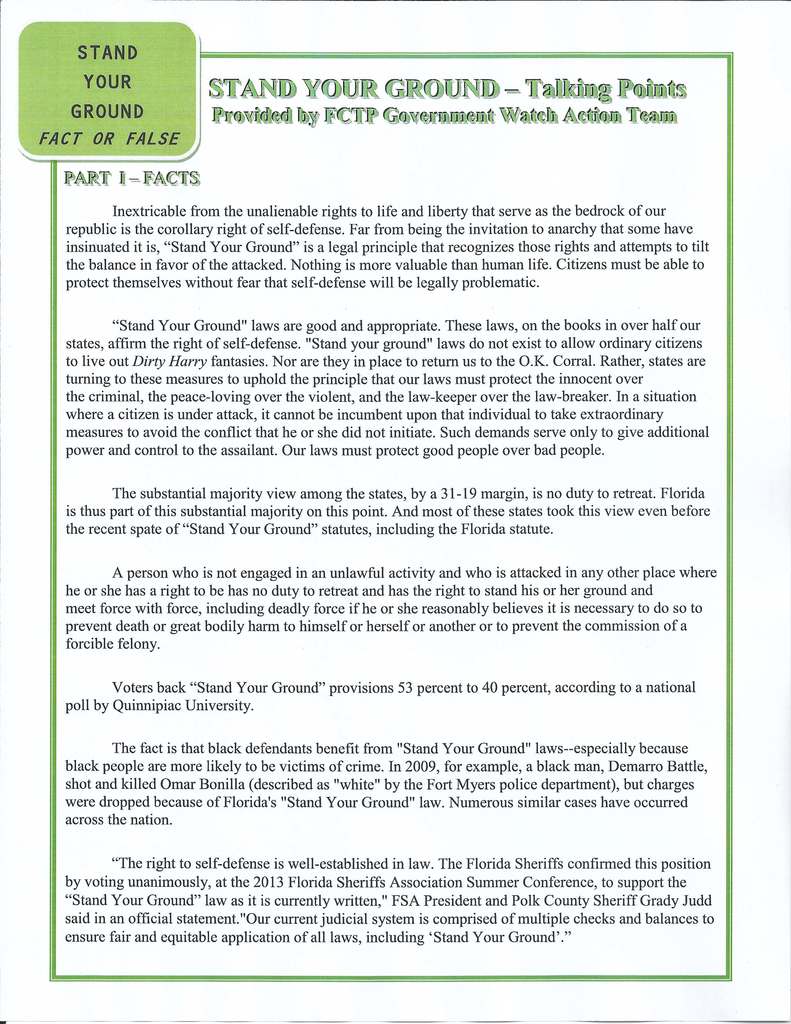 THANX FOR THE ERRING, JUDGE FOSTER...

Oddest of all, my Comrade had just spoken to the Ethics Comm. Mon aft. asking if any of that stable of various barristers and other legaleze scholars had an answer to what Judge Foster had intended when he kicked back our 'quo Warranto' writ asking that the OGC appt (non appt) by the mayor step back and reconnoiter.  To which HE sent that opinion back that we are beneath the station going back to Old English Common Law to entertain the idea that "we lowly…

This is a very simple read and with 3 clicks you have completed the requested Action Item. Your response is a yes or NO to the question.
We need as many people as possible to vote on this issue as quickly as possible.
Below is the short…

HAVE YOU VOTED YET? THIS IS AN AT LARGE SEAT. PLEASE VOTE!!

If you didn't vote early, PLEASE go to your assigned precinct tomorrow December 7th, 7AM-7PM. Being an At Large seat, everyone can vote. Don't know where?  Here's the link, just drop in your address:

In case you don't know him, here's a little about Howdy Russell.  I've met him, he listens and I like the conservative values he will fight for. He…