NEIL KEENAN UPDATE: WE'RE MAD AS HELL AND WE'RE NOT GOING TO TAKE IT ANYMORE!

Neil Keenan now has his own blog or should I say Team Keenan has their own blog:  neilkeenan.com

Please don't shop at Walmart - it's a cabal store

New medical technology about to be released

If you can offer assistance to Team Keenan, please message them!!…

Below are meetings and events for week ending March 8, 2014. Leading up to the election we will… 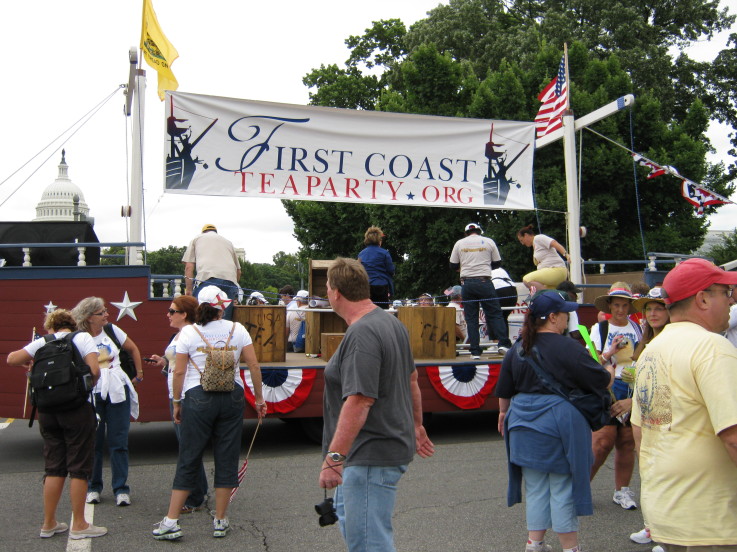 IT WAS HIGH NOON IN JACKSONVILLE

February 27, 2009
An Awakening of Ordinary People

Did you hear? How could that be? Tea parties in…

SENATOR EVERS FILED THE BILL -PLEASE CALL HIM AND THANK HIM!
Senator Evers…

Good news.  An honest environmentalist!   Wow, who would have thought.  We stand to have some fairly unhappy people in DC about this information though................especially himself and many of his over the top greeny friends (I wonder if the fellow that promised the 100 million for dems that support this faux science (an Obama groupy out in CA) will still get it if they push this potential fraud on the American people???   Inquiring minds want to know! …

Very interesting.  Let's hope they do not bring so much pressure to bear on Dr Kawa to stop this.  He is already getting phone calls and hope he also is getting calls of support.
By William Patrick  /   February 26, 2014
…
Continue

Heritage Foundation recommends we ask our representatives to vote against this bill.  It is another one size fits all that will hurt veterans and "dump way more cost on the taxpayers".  It is touted as a  VA benefits bill which will make it look like it will benefit our veterans when in reality it will do just the opposite.
…
Continue

Attention- need your help! ALL of the Stop Common Core Groups need your calls to Senator Greg Evers (R-Pensacola) tonight. If not tonight, then…

Contact Governor Scott.. Tell him NO to Common Core in Florida

This is an election year, and there is a lot going on. Each week, you will receive an email giving you information about member events and meetings for the following week. Below the meetings will be a save the date section for future events which may not currently have the details on the website. As soon as details become available, the link will be provided.…

S.25-Military, repeal cut in pension COLA for veterans under 62: Don't be Fooled

Again, Congress is attempting to balance the budget, in part, on the backs of those who protect the rights and provide the security of all Americans both foreign and domestic. Before we consider balancing the budget on their backs, maybe we should be more vocal to our Congressmen and women. We should demand that mandatory payment social programs be trimmed before we start asking men and women in uniform to sacrifice. They have sacrificed enough already!

The legislation waiting for the…

WHAT YOU CAN DO: TURN THE INFORMATION BELOW INTO A FLYER AND PASS IT OUT TO EVERYONE YOU KNOW.

FROM NOW UNTIL THE ELECTION EDUCATE EVERYONE THAT YOU CAN.…

Assume there were reasonable restrictions on how much money the government could spend (like a balanced budget requirement and a debt ceiling that couldn’t be changed every day).  The 536 people we’ve sent to Washington wouldn’t have the money to wage a war.  They would have to make a decision on whether  to spend money on additional unemployment benefits or the $100 million it spends every four years to subsidize parties at the political conventions.

Taking away their credit card and…

We all knew this was what happened before the last election, but now the dems want another replay for this election so they get an unfair advantage yet again!  And these are some of the folks who are running our country (heaven help us).

HB 843 and SB 1030 Medical Marijuana, not the Morgan amendment for votes for Crist

Action item- February 12th. AMENDMENTS to the Constitution of the United States

A Nation of Ostriches

We totally ignore the massive $17 trillion debt that our government has run up.  We see it on TV 10 times a day while they sell gold or silver.  Have you seen real news about the debt on TV or in the paper.  Have you heard any Congressman or Senator or the President talk about how we’re going to pay this back?  Not likely and here’s why!

Consider the $17 Trillion as a mortgage that has to be paid over the next 30 years.  The annual payment at 1% interest…

This Wednesday, February 12, 2014, House Bill 209 by Representative Heather Fitzenhagen (R-Ft. Myers) will be heard in the House Criminal…

I couldn't help myself on this one.  Liberal hypocracy at work again :).

North Carolinians marching to protest voter-ID laws must present a valid photo ID to participate in an NAACP-hosted protest against voter-ID laws in Raleigh on Saturday.