ACTION ITEM: FEDERAL LEVEL.. Reauthorizing the NO CHILD LEFT BEHIND ACT... VOTE NO!!!

The HR5 Student Success Act (to reauthorize and reform the No Child Left Behind Act through 2021.) has passed out of committee and will go to the House floor for a vote as early as Tuesday, February 24, 2015. We MUST do everything that we can to stop this bill from passing. Please feel free to cut and paste this message and send to your email lists..

Once again we are being sold snake oil. Sadly I doubt that any of our legislators have read this bill including Rep. Kline (the sponsor).

HERITAGE ACTION SENTINEL BRIEF
No Child Left Behind is outdated and ineffective. It isn't helping America's students.
Next week the House is expected to vote on the "Student Success Act" (H.R. 5) which would reauthorize No Child Left Behind until 2021.

Heritage Action is opposed to reauthorizing No Child Left Behind, without bold reforms.
Instead of putting parents in charge of their children's education, this 600-page bill continues to mandate states test annually. Reauthorizing the bill also fails to cut spending or reduce bureaucracy in education.

The Student Success Act (H.R. 5)
Status:
On February 11th, the House Committee on Education and the Workforce passed the Student Success Act (H.R. 5) to reauthorize and reform the No Child Left Behind Act through 2021. A number of misleading claims are being made in the service of passing this bill. Below is a summary of these claims and detailed responses. Heritage Action is opposed to H.R. 5.

Although the proposal wisely eliminates counterproductive and prescriptive Adequate Yearly Progress (AYP) mandates, H.R. 5 maintains the current NCLB mandates for states to establish standards in reading and math and to test kids annually between grades 3-8 and once in high school.

H.R. 5 orders that academic achievement standards "include the same knowledge, skills, and levels of achievement expected of all public school students in the state." States must also use "the same academic assessments...to measure the academic achievement of all public school students in the state." Taken together, these twin mandates direct the state to establish a single uniform assessment, limiting the ability of local schools to determine their own curriculum. Experts agree a well-rounded education is in the best interests of the child and that NCLB has damaged the ability of local school districts to set locally-driven curriculum that reflects the desires of families in their communities. The mandates in H.R. 5 perpetuate this problem.

H.R. 5 consolidates more than 65 programs into a Local Academic Flexibility Grant, but it does not eliminate them. Mere consolidation does not reduce federal spending. These programs need to be eliminated along with a commensurate reduction in spending. The fact that H.R. 5 does not reduce funding levels as result of these "eliminated" programs is further evidence. NCLB's authorization levels are maintained and extended until 2021.

H.R. 5 eliminates the NCLB requirement that states make "adequate yearly progress" (AYP) to increase the number of students who are proficient in math and reading.

H.R. 5 does eliminate the AYP requirement, but the bill maintains requirements for states to develop their own "statewide accountability structure, a system of school improvement interventions to be implemented at the local level for...schools the state determines to be poorly performing." LEARN MORE: Heritageactionsentinel.com

H.R. 5 allows local school officials to make funding decisions based on what they know will help improve student learning.

: H.R. 5 only tinkers with NCLB's precisely-mandated spending percentages and prescriptions. The fact that, for instance, a state is allowed to spend 7 percent of its awarded federal funds to carry out its newly-mandated system of school improvement instead of 4 percent under current law does not prove that federal intervention has been dramatically reduced. H.R. 5 contains dozens of precise percentages that govern state and LEA spending priorities. This level of detailed prescription and complexity is not an appreciable reduction in federal involvement.

The federal government is stepping back, "limiting its role to ensuring parents have the information they need to judge the quality of their children's schools." The suggestion that Congress needs a 616-page bill to reduce the federal education imprint is implausible. Furthermore, despite the length of the bill, H.R. 5 lacks an opt-out of federal programs and mandates for states, an approach known as A-PLUS. A-PLUS would limit the federal role and ensures parents have the information they need. CLAIM: H.R. 5 empowers parents with more school choice options by allowing Title I funds to follow children to public or charter schools of their parent's choice.

H.R. 5 provides increased portability, but only to public schools and public charter schools. Adequate portability would extend to private schools of choice, if a state chose. This was an amendment proposed by Rep. Luke Messer (R-IN) in committee before being withdrawn--it is a proposal that deserves inclusion in any NCLB reauthorization.

H.R. 5 prevents future federal government coercion of states into adopting Common Core standards. The bill includes language that prevents the Secretary of Education from imposing conditions on the states, including the adoption of Common Core, and prohibits federal funding from being used to "endorse, approve, develop, require, or sanction" Common Core.

This is probably the easiest way to make contact.

Go to  www.POPVOX.com  and OPPOSE THIS BILL!

If you reference nothing else in the bill when calling make sure to reference Page 552-553 (Below) in which it clearly states if a State participates in federal funding grants and programs by vote of the legislature (which includes approval of federal money in the state budget) the state waives its rights and gives full authority to the federal government.

‘‘Subpart 4—Restoration of State Sovereignty Over

Public Education and Parental Rights Over the

Education of Their Children

THEY DO NOT EXPRESSLY WAIVE.

‘‘(a) RETENTION OF RIGHTS AND AUTHORITIES.—

No officer, employee, or other authority of the Secretary

shall enforce against an authority of a State, nor shall

any authority of a State have any obligation to obey, any

requirement imposed as a condition of receiving assistance

under a grant program established under this Act, nor

shall such program operate within a State, unless the legislature of that State shall have by law expressly approved

that program and, in doing so, have waived the State’s

condition of receiving that assistance.

‘‘(b) AMENDMENT OF TERMS OF RECEIPT OF FEDERAL FINANCIAL ASSISTANCE.—An officer, employee, or

other authority of the Secretary may release assistance

under a grant program established under this Act to a

State only after the legislature of the State has by law

expressly approved the program (as described in sub

section (a)). This approval may be accomplished by a vote

assistance under a grant program established under this

Act so that by approving the budget, the State legislature

is expressly approving the grant program and, in doing

so, waiving the State’s rights and authorities to act inconsistently with any requirement that might be imposed by

the Secretary as a condition of receiving that assistance.

Here is an 11 minute excerpt from the full 1 1/2 hour conference call on HR 5 and the reauthorization of NCLB.  https://soundcloud.com/alice-linahan/anita-hoge-on-the-women-on-the...

. For those of you that missed the call last night with Anita Hoge I am attaching a link.  I am also attaching a copy of HR5.  I have highlighted the parts that Anita speaks about on the call.  https://soundcloud.com/alice-linahan/women-on-the-wall-conference-c...

Pros and Cons of HR5

Conservatives Must Fight for a Complete Opt-Out of NCLB

Conservatives in Congress should pursue the A-PLUS approach in order to restore educational decision making to state and local leaders, who are better positioned to make informed decisions about the needs of their school communities. The A-PLUS Act enables states to lead on education reform by allowing them to completely opt out of NCLB and to direct how their education dollars are spent. Including the A-PLUS approach in an ESEA reauthorization would enable states to consolidate their federal education funds authorized under NCLB to be used for any lawful education purpose they deem beneficial. This allows states to opt out of the prescriptive programmatic requirements of NCLB and use funding in a way that will best meet students' needs.

At the same time, conservative policymakers should streamline NCLB by eliminating ineffective and duplicative programs, simplifying the programmatic labyrinth within the Department of Education, and increasing flexibility at the state and local levels.

Information provided from the following:

Thank you for taking action on this critical bill. Your attention and time are greatly appreciated

GOD BLESS YOU AND MAY GOD BLESS OUR AMERICA 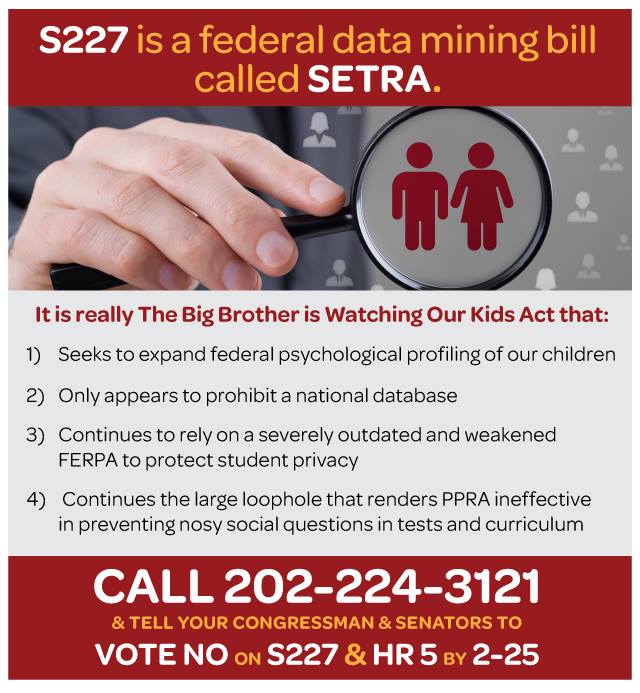 We are asking you to contact your Florida State Legistators and Gov. DeSantis. Urge them to open our state!!