I am still reeling at the analogy between health insurance and buying a television, but you judge for yourself.   Ms. Sebelius actually makes what she considers to be a valid argument that there is a correlation between the two purchases, but you be the judge.  And this lady is our Secretary of Health and Human Services...........heaven help us.

Just announced, Judge, Roger Vinson of the U.S. District Court in Pensacola, Florida has found that Obamacare mandates are unconstitutional and that the congress has over reached it's authority.

GRANTS - why they aren't FREE MONEY.

Imagine your wallet or pocket book with three different compartments.  Now, the local taxes come from one compartment; your state taxes from the second, and the third is your federal taxes.

The money is still coming out and you still have to compensate for having less because there are taxes.  So when there is a grant being requested from the State or Federal Government; it is still your money.

That is  a simplistic view of the situation and not a…

That header is likely enough to get anyone's blood boiling.

There are old courthouse all over the world that have no artwork.

If the people insist, and lobby for there to be artwork in public places then here are some suggestions:

Why can't we get some donations?  JU donated a piece for the TU center and Brunos donated the  money…

Marriage Is the Key to Spending Cuts

The attack on the institution of marriage is not only the biggest cultural but also the biggest fiscal issue of our times, and political and judicial attacks by gays are only part of the problem. Marriage is being assaulted by unilateral divorce, feminist hostility toward marriage, the bias of family courts against fathers, and the taxpayer-paid financial incentives that subsidize illegitimate births.

Open debate coming to Congress on Jobs and the Debt-its about time!


Jobs and Budget issues top agenda for Congress in February

The House of Representatives is not in session this week but many of the new chairmen of the major House committees are working on a plan that will quickly address the joblessness in America and the fact that Congresses of the past have spent this country into near bankruptcy. The President’s 7000 word State of the Union address last Tuesday night mentioned our country’s debt but clearly the theme…

A THANK YOU IS DUE 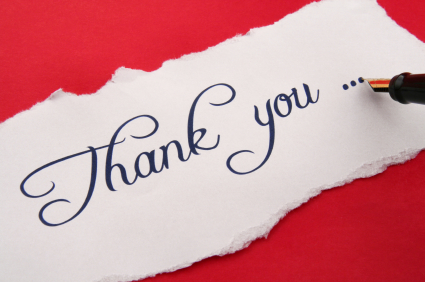 We had a meeting a couple of nights ago and along with our regular attendees two new people also showed up.  As we went around the room and introduced ourselves, one of the new attendees told everyone this meeting was his “coming out” party.  He felt he could now come out of the closet and define himself as a tea party member and he was proud of…

A program which allowed airports to replace TSA screeners with private screening companies has been stopped by Pistole of TSA.  He has denied at least one application and has said he will deny any others he receives.  Pistole says he sees no advantage to the program (I can think of about 62,000 reasons myself).  Florida representative Mica said he will investigage as the 3,700 administrators working for TSA who came up with this decision apparently to protect the jobs of the ballooning…

Ron Paul writes a daily report and posts it on his site.  The report is not new, but it must be brought to the fore front again to remind us why this horrid health care bill must be repealed (and not just fixed as the tyrant in the white house wishes.  Obamacare has a section which outlines microchipping for all.  Not just older people who might stray due to memory.  This is every single person.  To refresh your memory, here is a link to the article by Congressman Paul, and below that I have…

RICK SCOTT TELLS FEDS TO STAY OUT OF HIS STATE

Florida Governor: Feds Should Stay out of My State
by Lexi Stemple | January 29, 2011

Are the Unions running our country through permission from President Obama? Appears so.

Executive Order 13522, entitled Creating Labor-Management Forums to Improve Delivery of Government Services, was signed by President Obama in October 2009.  Leave it to this administration to create an Executive Order of such magnitude while our focus was on the healthcare bill.

In a nutshell, unions will be given a seat at the table for all meetings and they do not…

The Debt Clock: A Sobering Site to Visit 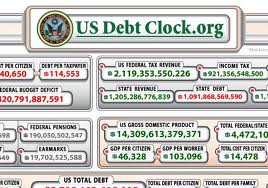 Many of us in the Tea Party Movement have seen the Debt clock and periodically look at it to see where we stand with the amount of our debt.  It is a sobering site to visit.

I took a look this morning and the…

Family Research Center: The Quam before the Storm

Ms. Piven is a REAL living person, 78 years of age, who still teaches at City University of New York Graduate Center and still writes for The Nation.  This article outlines what Ms Piven, Richard Cloward, and Lloyd Ohlin wrote and accomplished based on their beliefs and little else.  Most of the writings and actions taken by all three of these folks are not based on statistics or even real people.  Apparently, Ms Piven is receiving death…

These 2 links connect into everything you want to know about Agenda 21 in 2 rather long parts but in a very easy to read format.  Rather good explanations about what to look for and what is being done to impose this system and what it will mean to us.  We are going to have to be ever watchful as some politicians apparently think they have the "right" to impose this UN program on us.............it may come down to having to ask how they feel about it when they run for…

Senator Reid is now saying he can't support or allow a vote on repeal of Obamacare since repeal would really wack seniors.  He has got to be kidding, but I am not sure who he thinks he is fooling.  For those seniors who are lucky enough to have kept their doctors, the services are now sub-standard for many (Reid touts the free health check......really).  Many seniors have lost their doctors and can't find anyone else who will treat them,…

NBC and Politico have decided they need the ratings and the bump in popularity and are offering to host the first republican political debate.  Are you as surprised as I am?  I guess NBC got sick of losing viewers and decided maybe there was something to this "fair and balanced" thing (but let's wait and see just to be sure as the far lefters won't be able to control themselves I am quite sure).…

The democrats in congress and the senate and the president are always able to tell you amazing stories about what Obamacare does and in glowing terms.  However, there is a much worse side to Obamacare and conservatives and those in favor of repeal and replacement with market based solutions must begin to tell their stories about what is wrong with Obamacare and it's negative impact.  This is a short video, and the first of several Heritage…

Capitol Hill after the State of the Union Address

“Date night” on Capitol Hill went off without a hitch Tuesday night and the President’s State of the Union speech has been analyzed word for word by many. Meanwhile, the House and Senate chambers went back to work on Wednesday and continued their work this past week with the Senate finally concluding their opening day “housekeeping” resolutions and resolving the Senate Rules change impasse that had stalled much of the opening day routine matters. By week’s end, the Senate made minor rules…