We are down to 4 days until the 2010 Elections. We have no time to waste. We must continue practicing our new grassroots initiatives and prepare to be winners on November 2.

We have four days to win this game. If we win, we will have a renewed optimism again. Optimism can change a losing team to a winning one. Optimism can encourage one person to open a new business and take risks again. Optimism can help a community invest in its people. Optimism can restore faith in others again. Americans are optimistic people and without jobs or a robust economy, our optimism has been left in the locker and it wants out!

Today a caller asked Rush Limbaugh what the country would look like should Obama’s agenda prevail. Rush is in-tuned to the grassroots mindset and he slam dunked it with his answer:

Okay, very simple. And we can do this, we can do this because Imam Obama said that his agenda is on the ballot. So all we have to do is look at his agenda. Well, what did his agenda do? Obama's agenda has dramatically driven up unemployment. Unemployment will continue to be high and go higher if the Democrats stay in power. Obama has driven up the deficit so we would have to expect the deficit will remain high. We also know that taxes will go up on the premise that we will lower the deficit by raising taxes. So Americans will become poorer. Fewer Americans will be working. Those who aren't working will be taken care of with transfer payments, redistribution of wealth, as Obama continues his assault on achievement. The remaining achievers in this country will become targeted even more.

With higher taxes, punitive regulations, disincentives to start businesses and what have you. A vote for a Democrat is a vote for the results of Obama's agenda. Under Obama and without any complaint from Democrats, we have deliberate attempts to spark class warfare and racial divide. We have more racial division in this country than we've had since 1964, sponsored by and brought to us by Obama. We have an attorney general who looks the other way at black-on-white election fraud. By design. We have a civil rights division of the Justice Department that says its only reason for existence is to make sure that blacks are not cheated in elections. It's okay if whites are, because that's just leveling the playing field from years ago.

Class warfare will continue, racial division will continue and get even worse. By design. We have czars. We have people appointed by the president to serve in positions that do work that we don't know. They are paid salaries we don't know. They are accountable to no one. They report only to Obama; they do not have to get confirmed before the Senate. We have an all-out effort to empower parasitic unions to continue to fund outrageous, unpayable gold-plate pensions. States' bankruptcy will proceed on schedule, the unions and their pension plans and their health payments and their retirement funds will be paid no matter what consequence occurs to you, me or our country. All of this destruction, all of this transfer of wealth, all of this redistribution, all of this overseeing of America in decline will be paid for by the American taxpayer.

This does not sound like an optimistic environment. However, Coach Rush did us a favor – he shared the other team’s strategy! Because we know their next move, we can take them off their game.

It will take all of us. Some of us will guard and others will shoot 3 pointers.

Have you joined the team? Will you get in the game? What will you give for your country? Don’t look at yourself and say you are not equipped for the team. All of us have special talents that need to be refreshed and renewed.
Don’t look ahead and think we can’t win. Optimism reigns on the Liberty team. A friend once told me, “If you don’t feel a certain way or if you don’t think you can do something -- fake it until you make it!” That was good advice and I’ve used it my entire life to get me through situations that looked hopeless.

The trick here: Look within. Use your talents. When you step up -- you can be a part of the team that took home the Liberty trophy and placed it back on the American mantle again.

There are many ideas to activate your citizenship and you’ll find them at www.libertycentral.org. Get active today. We are in the Final Four and we need all the team members to dress out and be ready to take your spot on the court.

As for Rush…the other team despises him. More reason why we should hold him on our shoulders and help him cut the net from the rim when we win! He’s been out there for a long time carrying the water for the team. We appreciate Coach Rush and others who are willing to tell it like it is and get us in shape for a win!

Check out Kobe’s winning 3 pointer at the buzzer. That throw – ladies & gentlemen -- was from an optimistic player!

Comment by Debbie G on October 28, 2010 at 9:35am
Miami-Dade is a liberal/progressive area, here are their early voting statistics as of 27 October.
If you are unable to read the totals, here is the link: http://www.miamidade.gov/elections/ 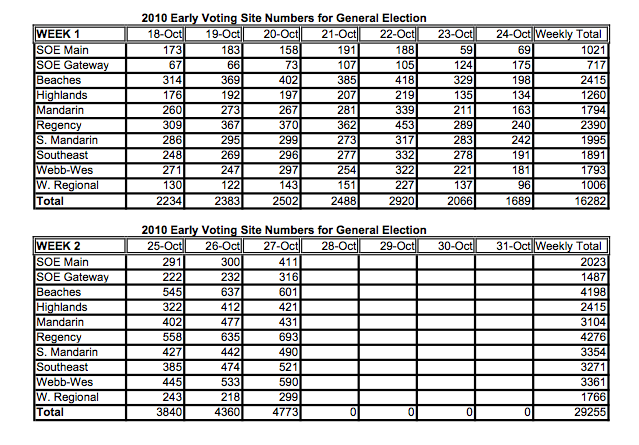 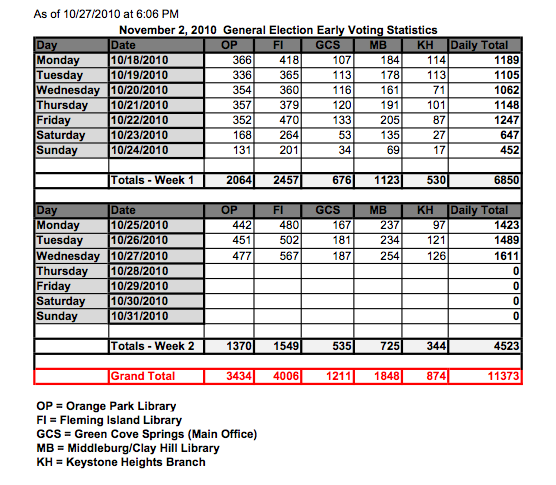