It's too exciting not to post: We've been vindicated by the TU

Today is Sunday, May 22, 2011 and we must give kudos to the TU.  I’ll even refrain from calling them the Tiny Union since they made headways today to publish a story with facts vs opinions.

We thank you for this great report.  It appears you finally did some factual reporting.  In doing so you vindicated what the tea party members said, posted, blogged, and pushed out as far as we could without a media giant behind us and with a small donation bucket from our tea party members.  Our vindication came with these facts made public in the article:

A stolen private email among tea party leaders about the mayor’s race and how we could learn from it was put into the hands of Abel Harding.  He chose to put it into an article.  Thank you for this article.  We are proud to ask that every single vote count.  That’s been the mantra of the left so we think they were on to something here.   Joseph Stalin once said:  “It’s not WHO votes that counts.  It’s who COUNTS the votes.”

Article:  Editorial – Our next mayor has a long road ahead

“He did not meet with tea party leaders.  He should invite them to offer concrete suggestions.”

Thank you editors!  We asked to meet with Mr. Brown over and over again during his campaign.  He ignored us.  He did not fill out our questionnaire.  He did not meet with the board.  He did not attend our Mayoral Town Hall Debate.  He did not respond to any of our requests.  We were stood up and we hope he heeds your advice.  We await his call.

So today the Tea Party can proudly say – “We told you so.”  You may have made fun of us for saying out-of-towners were here and paid workers were smoking pot outside the GOP headquarters (we called them Zombies since they had glassy eyes from the pot) BUT today you proved us right.  Thank you TU!

And a special recognition to the team behind Alvin Brown – good job.

Redstate is another great one along with the Tenth Amendment Center... oH, and OATH Keepers.

How to stay informed nationally.  I receive daily information from Heritage, TownHall, Minutemen, Tea Party. Net, Right to Work, and a few others.  Keeping on top of the news allows you to be up to date and informed.  It also allows you to express your ideas and opinions authoritatively and with conviction when engaged in both private and public forums.  Every opportunity to challenge misinformation and regurgitated MSM and TU biased reporting is required.  You probably will not change the direct combatants vote but there will be others listening in who may be hearing some facts that to that point they have never heard.  For me and others who are so engrossed in the consequences and fallout of the liberal Obama agenda We recognize the importance of every vote.

Every conversation is therefore an opportunity to enlighten and set the record straight.  You owe it to yourself, your family, your community and your country to stay up to date, educated and informed. 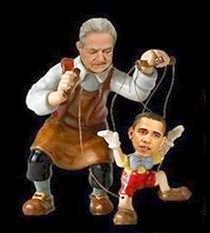 How to Roll Back the Administrative State:

. Just came from there, copied and read near the bottom and its a great paper.

The fact that this is a closed website, rather that public, is due to the fact that it was set up for our membership to communicate with each other and for Billie to communicate with all of us. Also, for notices to members about our groups, events, committee meetings, receptions, election parties, and so on, as well as coordination and obtaining volunteers for all of the above.

Anyone may join, so we really aren't censored. I've been writing here a good while, no one's told me what I can or cannot write, and I've only come across a few trolls in the run-up to the election. And, they only lose their comment privileges when they cross the line into foul language, deliberately offensive remarks, stirring up trouble, and obvious baiting to get a response they can pounce on and distort.

Truisms: the Democrats hate us, fear us, and know we left tread marks all over them in the 2010 election. And, like us, they know the odds are heavily in Republicans' favor in the U.S. Senate elections in 2012. So, what can they do in 2012? They can't run on their voting records, their budgets, their economy, their foreign policy, their enforcement of federal laws, their unconstitutional war, their committing us to treaties the American people don't want, and their raping of the U.S. Treasury and allowing the Federal Reserve to take Americans' money and bail out failed foreign socialist countries and give money to corrupt South American and African regimes, and muslim rebels and al Qaeda in Libya.

And they can't buy the election with an unconstitutional Amnesty. The Constitution grants no right for any branch of government to declare Amnesty to millions who have violated our federal laws. If prosecuted for their violations of our federal border and immigration laws, they would be felons.  Felons are note allowed to vote and that's probably why Obama is ordering the Border Patrol and states not to arrest them.  That's unconstitutional, too.

Plus, they'll get laughed out of the election if they try to run on Obama's ploy to turn himself into a war hero by endlessly claiming credit for killing Osama bin Ladin, when he didn't even know the operation was going down until well after Leon Panetta gave the go ahead for it. Obama OK'd it several times, over a couple of days, and chickened out each time Valerie Jarrett talked him out of it. He was notified of it while on the golf course and came back in his golf attire to watch the last part of the operation that occurred. Some hero! And, it looks as if Valerie Jarrett is more in charge than Obama is.

Thanks, JL. It fits that Capuano was addressing union members when making that violence-promoting comment. He must have known they would be receptive to it. If it had been a Republican congressman who said that, he would have been hauled before the House Ethics Committee and Democrats and the NY Times would still have the long knives out for him. Funny they didn't dog him like they did Republican U.S. Senator Allen, for saying "macaca," until he lost his bid for re-election and they deep-sixed his tentative plans to run for President. Republican lawmakers are timid about speaking out against such bullying attacks because they know they'll become the new targets if they do. I was so proud of U.S. Rep. Paul Ryan the other day when he fired a strong verbal shot off at Obama for Obama's smark-aleck remark about Ryan's budget. At least Ryan wrote his budget, Obama didn't write the worthless proposed/suggested budget submitted to Congress in his name.

Most of them probably do need teleprompters, since they don't seem to get it that thought precedes speech. And poor Joe Biden, who is a prime example of speak first... think later, also needs a little alarm to wake him up when he nods off during Obama's endless self-aggrandizing speeches.

J.R.:
Am very appreciative of the intellectual honesty from JL, yourself and others.

True, there are trolls. So be it. Their tactics merely validate what many are saying that it is time the intellectual thugs and miscreant activists be exposed and let the American people decide, once and for all, what destiny we choose.

. We conduct exclusive conversations via closed websites or muted responses.By their actions, we self-impose a form of censorship. Their tactics have worked. Evil only exists in dark surroundings. Truth will prevail in the light. If our narrative is selectively broadcast, how will the feeble citizenry be able to understand the truth?

This will end my input of this subject. I truly have enjoyed and have appreciated all the inputs from fellow patriots. I look forward to participating in the next discussion.

That was Democratic Congressman Mike Capuano from Massachusetts who wanted to raise the stakes in the nation's fight over the future of public employee unions saying emails aren't enough to show support, he fired up a group of union members and told them, that it is time to "get a little bloody."

"I'm proud to be here with people who understand that it's more than just sending an email to get you going. Every once and awhile you need to get out o the streets and get a little bloody when necessary." he told a crowd in Boston rallying in solidarity for Wisconsin union members.

He later apologized for using violent rhetoric in his unscripted speech. Perhaps that is WHY progressives must use tele-prompters? So the truth of the intentions do not come to the surface?

I wrote my elected representatives in Congress and included the info from the Heritage Foundation:

I also created a Soapbox over at Congress.org:

Robert and Jim, thank you both for such awesome and eloquent comments. I wrote what I did because I believe we need to be careful what we feed the censoring socialist beasts who have already called us domestic "terrorists" and are waiting for anything they can use as ammunition against us.  We must speak, write and act in a manner that assures no one or no entity can obstruct our attaining our goals and completing our mission. We can communicate as we choose, privately, among each other. But opposition trolls are on this closed website to glean anything we've written, or anything they can provoke us into writing, in order to turn around and use it against us.

One troll set up a false premise of his own, then turned around and accused me of being a racist because I knew he was black when I posted a comment (which had nothing racist in it) in response to something he wrote. Of course, he posted a picture of himself that accompanied all of his comments, possibly because he wanted to use it to set up such a false premise. I responded with a carefully written rebuttal and invited him to leave this website while the choice was still his.  He then called Billie and asked her to take him off the website. Unfortunately his agitating remarks were removed along with him. I have suggested that trolls' comments be kept in files for documentation, just in case they are needed.

A Democrat member of the U.S. Congress stated recently that there might need to be "some blood in the streets." And Louis Farakkan, leader of the Nation of Islam (Muslim Brotherhood) in America, recently stated that what was" happening on the streets of Egypt would be coming to the streets of America soon." And no one in the Obama administration said or did anything about it. But, conservatives dare not say such incendiary things, for it is our free speech that is being chilled, not the speech of progressives, socialists, and potential seditionists and anarchists.

Here is a very good article that someone posted in a letter to Congress.org today, it is from the Heritage Foundation: How to Roll Back the Administrative State: