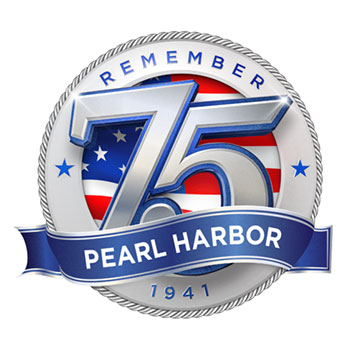 Honoring the Past, Inspiring the Future

National Pearl Harbor Remembrance Day and the 75th anniversary of the attack on Pearl Harbor.

On the morning of December 7th, 1941, the Imperial Japanese Navy launched an powerful and brutal attack against the United States naval base at Pearl Harbor, Hawaii.

The attack was intended to thwart the U.S. Pacific Fleet from interfering with Japanese military operations in the Pacific. Over the course of seven hours, some 353 Japanese fighter planes, torpedo planes, and bombers unleashed a relentless bombing raid that destroyed 188 U.S. aircraft, sunk four U.S. Navy battleships, and killed 2,403 Americans with an additional 1,178 injured. The following day, the United States of America declared war on Japan.

The front page of the December 8th, 1941, edition of New York World Telegram reads, ‘1500 dead in Hawaii’, and describes the U.S. decision to declare war on Japan.

"The Awakening of a Giant" 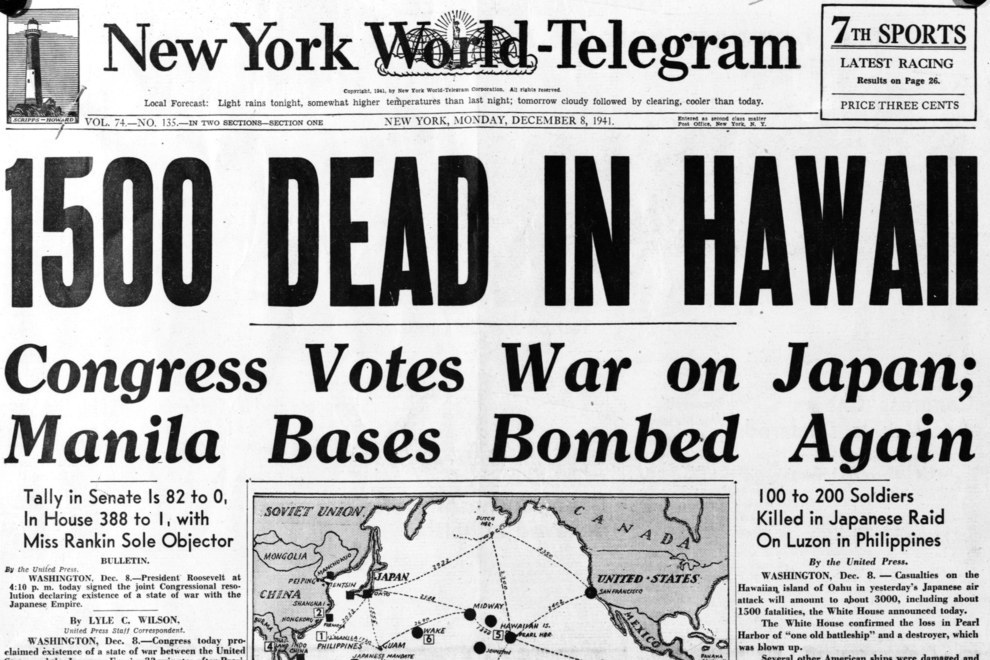 At the scene of the attack, a small boat rescues a USS West Virginia crew member from the water after the Japanese bombing raid. 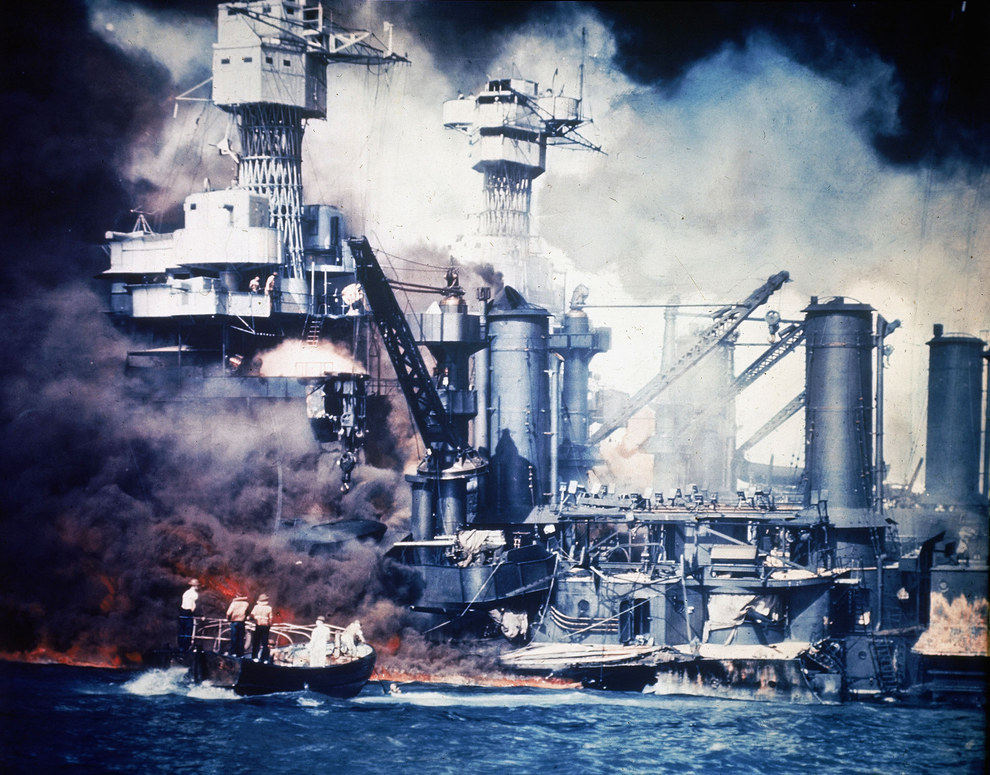 This aerial photograph taken by a Japanese pilot shows the perspective of the attackers. In the lower right hand corner, a Japanese bomber sweeps in for a strafing run. 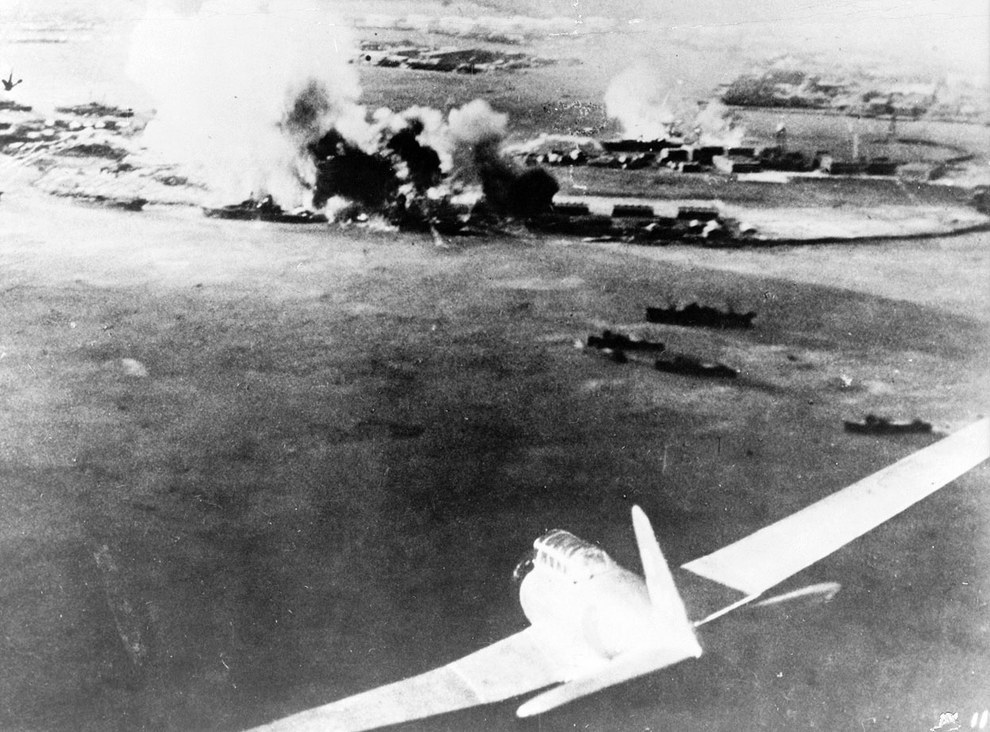 Sailors stand among wrecked airplanes at Ford Island Naval Air Station as they watch the explosion of the USS Shaw in the background. Smoke rises from the battleship USS Arizona as it sinks during the attack. 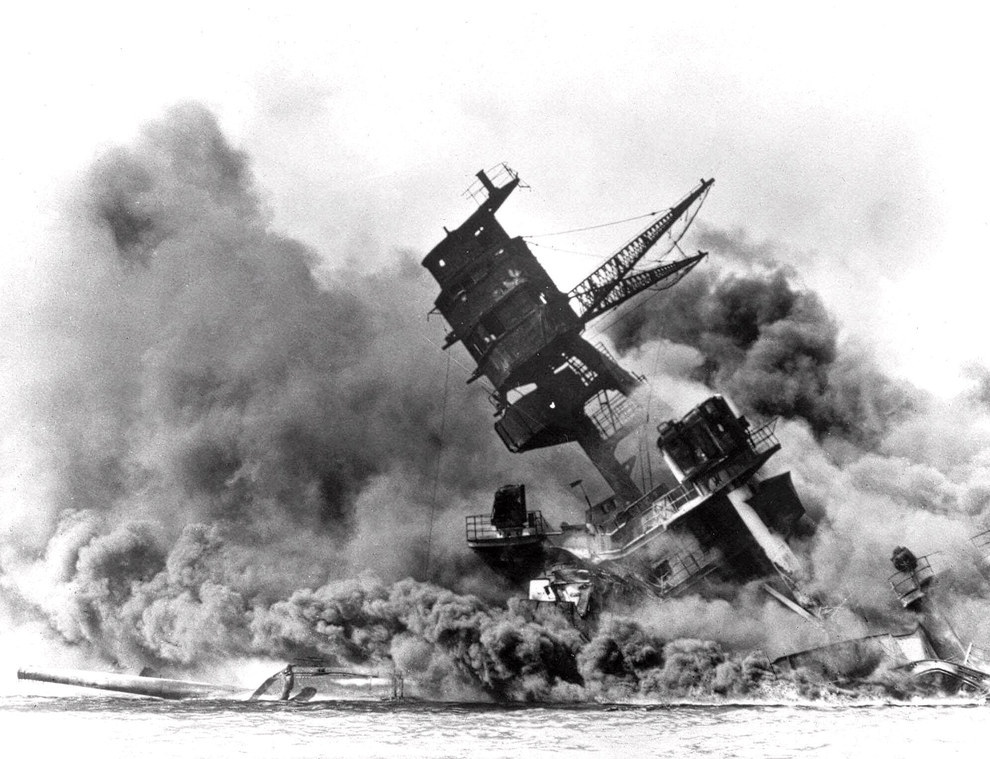 In the streets, people buy newspapers reporting the Japanese attack on U.S. bases in the Pacific Ocean. 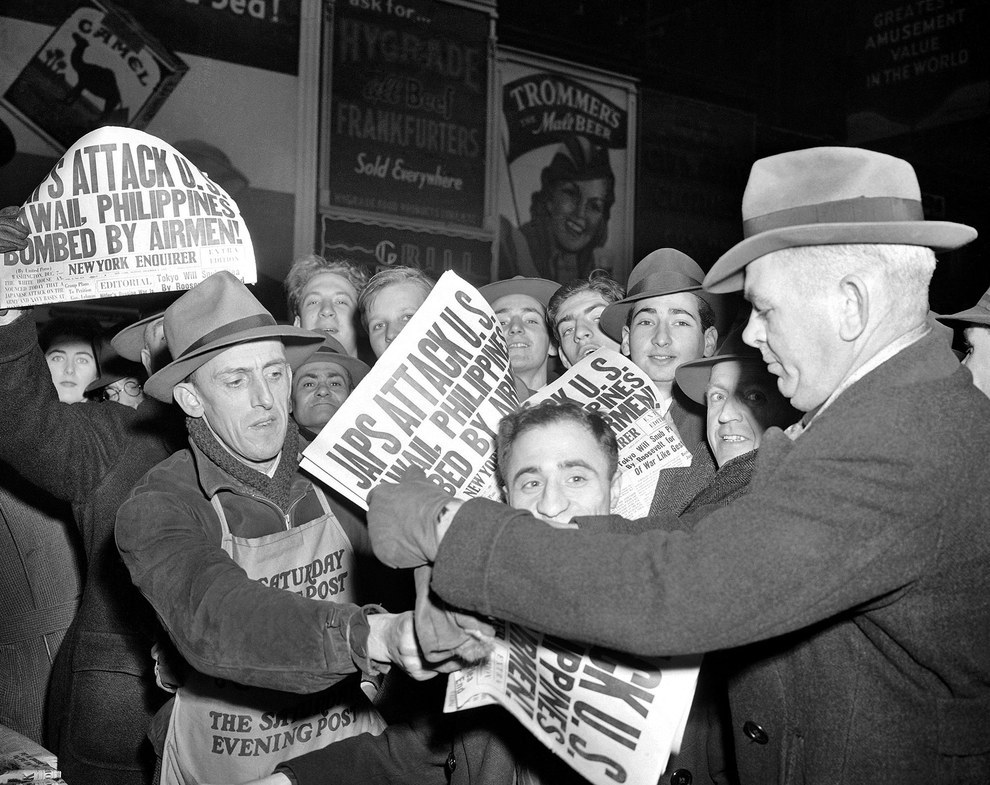 On December 8th, President Franklin Roosevelt speaks to a joint session of Congress in Washington and signs the declaration of war against Japan. The Senate responded with a unanimous vote in support of the war; only one Representative dissented in the House. 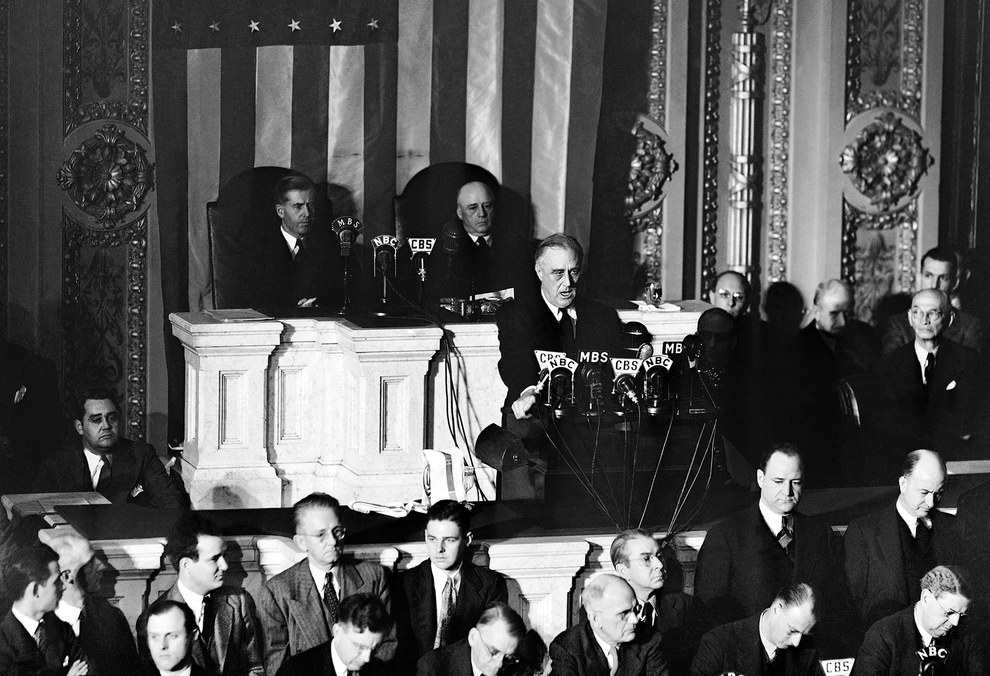 Uniformed American sailors place leis over the graves of their brothers in arms, in Spring 1942. 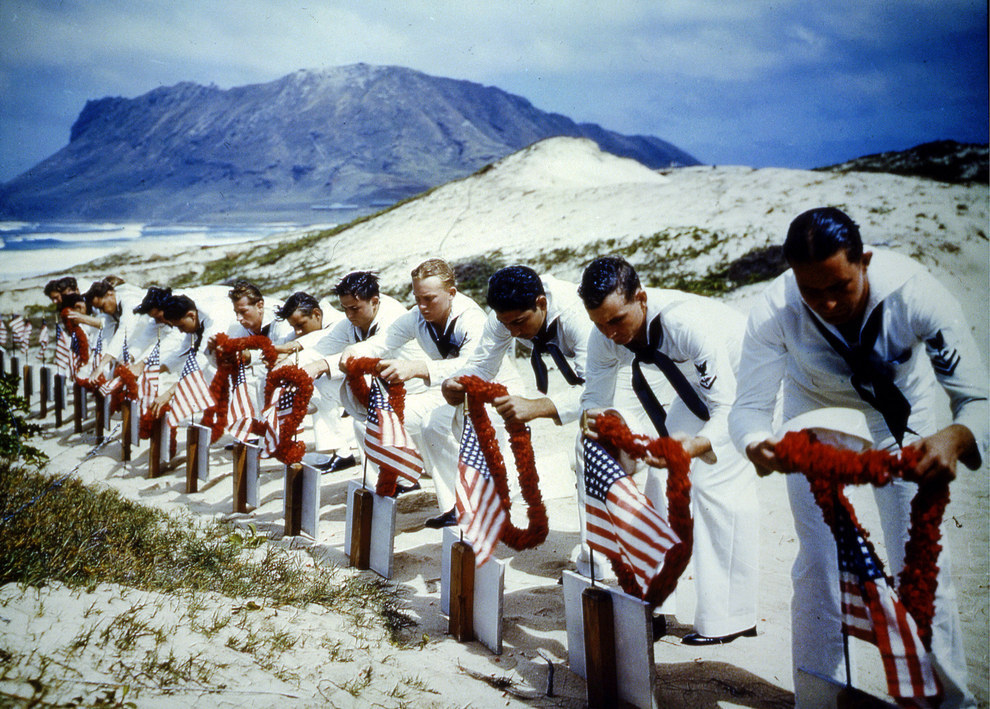 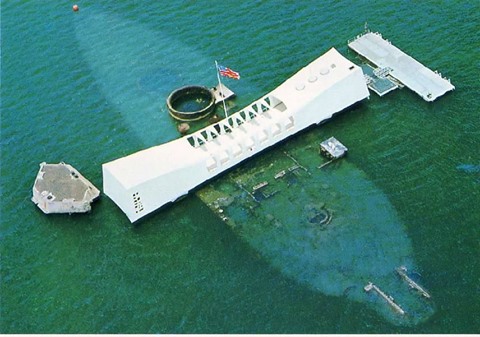 "America's fighting men and women sacrifice much to ensure that our great nation stays free. We owe a debt of gratitude to the soldiers that have paid the ultimate price for this cause, as well as for those who are blessed enough to return from the battlefield unscathed."