Lick your wounds, cry your tears, and man up.  We have work to do.

And to the Tiny Union and those who said the Chicago Machine wasn't in town...explain why they were writing about it this morning if it doesn't mean anything.   http://www.chicagotribune.com/news/nationworld/la-pn-election-tea-l...

Sleep on that one Tiny Union - the Chicago Tribune even reports the news in Jacksonville.

We will talk more tomorrow.  Until then - get a good night's rest and know you did all you could to keep the machine out of town.  Be proud of yourself. 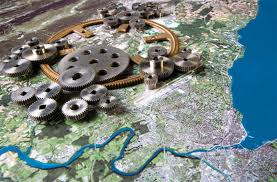 while we were learning american history the kenyan/caucasion was banging his head on the floor of some madrassa in indonesia, he has absolutely no concept of america or americanism.

but I`m not going to call him a clueless idiot , oops.

Comment by JL Gawlik on May 20, 2011 at 11:39pm
What is really sad, is that the majority elected a man who was not raised up in mainstream America. He was mostly raised up in Indonesia (i see he has a slight head bobble when walking up to a mike) and Hawaii which really is disconnected from America unless you are raised up on the military base. I hope i live to see Pelosi and Reid tried for their crimes. When she walked that gavel up the Congress steps, comparing herself to the honorable Martin Luther King Jr., i thought i was going to be sick. He would shun her in a heartbeat for being so disingenuous and hurtful to the American people.

He is totally so unPresidential and it is not because of his being black, Herman Cane, Charles Payne Thomas Southwell, Juan Williams etc., show so much more class than he does, and he is not even black, he is bi-racial. Check this out:

Contributions or gifts to Obama for America are not tax deductible.

What is interesting to note, any money is NOT tax deductible because it is NOT reported. Jeez do you think the Muslim Brotherhood will buy a bunch? Or al Jazeera?

Pelosi, Reid and Oboma all in my view should be tried and imprisoned for crimes against the people. Just the fact that Oboma is using loop holes to emplement excutive order to circumvent the constitution should be enough to impeach him. I think the way he treated the Prime Minister of Isreal really made some powerful people mad. And I heard that some of them may call for his removal from office. Now wouldn't that be a dream come true.

Comment by Steven D.Upshaw on May 20, 2011 at 10:35pm
JL, You are right with everything in your post. I recieve a news letter from Congresswoman Bachmann every few days she has been a champion on this issue. I send a donation to her when ever I can in support of her efforts. May I remind you and our other TP friends that Ronald Reagan made a film about socialized medicine. In it he worns of the consequences and points out that it is how governments have used the medical system to convert countries to socialism. Hitler used it and converted Germany to Nazism in a short six years. I have heard of small bussinesses joining coops but I have not looked into that yet. A small note to Billy, the morning after the election I made a post that I thought was just a rant after I read it back at the time I was just guessing how underhanded the political machine could be. I guess they proved me right when I stated sometimes you can't be a nice guy. I like to use what I refer to as the king David approach he was the greatest King in the Bible but sometimes with Gods guidance he did some pretty, shall we say creative things to protect his people perhaps you should review his story  you may find some guidance if nothing else some comfort.

Comment by Bear Witness on May 20, 2011 at 9:45pm
There are many things  that we can say that BO has done, but one where he needs to be impeached for is for providing a forged birth certificate.  The official evidence has been presented to the 9th Circuit Court by Orly Taitz.  If we can push that Court to accept the evidence presented maybe we have a chance to remove BO and all his Marxists doings before next elections.    http://bearwitness.info/EVIDENCE.aspx

Pelosi and Reid killed the Democratic party in the 109th, 110th and 111th Congress under their leadership, if you can called holding Democratic members hostage right before Christmas and Easter Hostage until they voted leadership or even legal. What those two did and their cohorts was down right despicable, disgraceful, dishonorable and just down right creepy and unprofessional.

I have heard since Boehner, Cantor, Bachmann, Ryan, and Congressional members like them have instituted new rules of procedures that even allow ALL to debate or bring bills up, that even a lot of the Democrats are saying how great is to have proper/fair rules and procedure in place instead of things being done behind closed doors with certain House members being completely shut out, the atmosphere is much healthier, and more open and they are enjoying their jobs much more. Pelosi should be brought up on charges, so should Reid.

What exactly does the sale of a house have to do with healthcare? And why were homeowners singularly targeted for that hit? That entire dark of night, unread, steamrolled through by Democrats debacle is unconstitutional.  Not only were the American people, for whom members of Congress work, not informed of what was in the socialist healthcare takeover bill, they were scammed by those members who presented it and who voted for it. No U.S. House of Representatives member or U.S. Senate member---other than Nancy Pelosi and Harry Reid and their co-conspirators who conspired and cobbled it together---had access to it to read it and know what was in it before it was voted on and passed, solely on the strength of Democrat votes, for they controlled both chambers of Congress. And the conspiratorial President Obama, signed it knowing what was in it, including the secretly hidden and unconstitutionally appropriated billions of dollars to be used as start up money for the socialist takeover of American's healthcare. Speaker of the House, Nancy Pelosi, said it herself: "You have to vote on it to see what's in it." What more evidence than that do we need to understand that the entire process was an absolute fraud?

Nowhere in the Constitution does it say Congress can pass bills they haven't even read, or appropriate an undisclosed amount of the American people's money, secretly and without providing an opportunity for consideration by the full membership of both chambers of Congress. This bill did originate in the House of Representatives, as is required for all money bills, but this wasn't presented as a money bill or voted upon as a money bill. And Congress does not have a constitutional mandate to pass money bills that do not specify the amount of money being appropriated and the purpose for which it is to be appropriated. Otherwise they could appropriate unlimited amounts of money, at will, for anything---even bridges to nowhere. Which reminds me, earmarks are also unconstitutional, for they are unappropriated money and they bypass the legislating process entirely.

In my opinion, this bill is a fraud against the American people and the Democrats who rammed it through are perpetrators of that fraud. The Democrat led House and Senate leaders who steamrolled it through should be thrown out of Congress and prosecuted for perpetrating that fraud on all of us. And the President, who signed what I believe he knew to be a fraudulent bill, should be impeached, removed from office and prosecuted.

This socialized medicine scam was accomplished Chicago political machine style and depraved San Francisco style. And, as if that were not enough, the Democrats gambled away the American people's money Las Vegas syle.

The Democrat leadership placed the congressional legislating process for "Obamacare" on par with a crap shoot, in the dark of night, in a back alley in Chicago.

There is a former Lt Governor of NY State, she has read it from front to back and keep in mind you must have other volumes of laws and regulations, mandates from different governmental departments to refer back and forth to read it all and understand it.

Just the fact that bill and the 2009 Stimulus bill/American Recovery Act (which was crafted by the Apollo Alliance Foundation, NOT Congress.) were both passed without being openly and thoroughly debated in a healthy manor then voted into law by a SUPER MAJORITY as outllined in the Constitution, to me all bills that have been created behind closed doors, unread with Congressional members completely shut out, should ALL be repealed and personally i think ALL involved should be held accountable striped of office, benefits and retirement and hung out to dry for such unconscionable actions.

There are are also the STUDENT LOANS are in the bill and goodness knows what else. The Federal government in the Executive and Legislative branches have both way overstepped their bounds.