Less than 24 Hours until Nov 2:The Progressives are swallowing hard

The bell is ringing and the clock counts down. We have less than 24 hours to go before a new day dawns in America.

We have fought the good fight to keep socialism at bay. Just like George Washington, he lost many battles but he won the war and we will too.

As I think about tomorrow and walking into the polls to vote, I am overwhelmed with pride for those who have stood up and signed up as a liberty leader. You have done your job. You have done your part. God bless each of you for the hard work you put forth. We are all tired but can you imagine how the progressives must be feeling today?

I would love to be the invisible man and follow Nancy Pelosi, Harry Reid and yes, Barney Frank and others as they struggle to keep their power by trying to engage a disenfranchised base of former supporters. They must be swallowing hard and sweating bullets wondering if they will return to DC and to their world of elitism and power.

They disobeyed their pledge to uphold the Constitution. The people voiced their dissatisfaction and will show up in the voting booth to pull our levers for Freedom. Hopefully they are hearing the footsteps of conservatives marching to the polls to vote them out. They will realize the power of our Constitution and the spirit of our founding fathers are rejoicing for America because liberty leaders showed up again to protect Liberty.

Please do not grow weary in well doing these next 24 hours. Call your neighbors and see if they need a ride to the polls. Stand on a corner and wave a sign for your favorite candidate. Send an email to your candidate and let them know how much you appreciated them running for office and wish them well on this last day of campaigning. Pray all day as you go about your job, driving your car or cleaning the house. The power of prayer will take us to the finish line.

As for Nancy, Harry and Barney (and others too who defied their pledge) – may they be reminded all day of the decisions they made that hurt the American people and caused this outbreak of American patriots to stand up and say “Enough!” The battle for the Republic for which it stands, one nation, under God, indivisible with Liberty and Justice for all will prevail.

Since we can’t be the invisible man, here’s a little snippet of how the progressives may be feeling today!

Comment by Richard Stotts on November 1, 2010 at 2:17pm
The importance of conservative votes follows:

The national organization called Americans for Legal Immigration PAC (ALIPAC) is calling on allied organizations, Tea Party groups, and conservative campaigns and activists to transport like minded voters to the polls on Election Day. This will compensate for voter fraud and illegal immigrant voters being fielded by the Democratic political machines.

"America is about to experience our first Chicago Style national election," said William Gheen President of ALIPAC. "Democrats are trying to limit their losses on Election Day by cheating and encouraging illegal aliens to vote in the 2010 elections, which by the way is a felony!"

William Gheen's concerns arise from numerous reports documented in the media of illegal aliens registering to vote in many places in America.

These concerns are compounded by the knowledge that most state boards of elections do not verify that registering voters are legal US Citizens. When the state of Georgia tried to check the status of registered voters, their efforts were blocked by the Justice Department, under Eric Holder and President Obama!

On October 28, WSBTV and the Atlanta Journal Constitution reported that their recent comparison of jury duty records and voter registrations found hundreds of non-citizens registered to vote and hundreds actually voting!

"The Obama administration's Amnesty legislation would make millions of illegal aliens new voters who would permanently displace millions of conservative voters in American elections forevermore," said William Gheen of ALIPAC. "It appears to me that Obama and the Democratic political machinery that roll vans through Hispanic neighborhoods on Election Day want those illegal immigrants voting in 2010."

The Obama administration, Holder's Justice Department, and Napolitano's Department of Homeland Security have made it clear that they are against Americans who oppose Amnesty for illegals and doing all they can to aid and abet illegal aliens in America. While addressing illegal aliens and their supporters through the Spanish media recently, Obama asked them to "punish OUR enemies!" on Election Day.

Poll observers are important but will be unable to determine the legal status of voters. Thus, ALIPAC is advising all conservative voters to overcome voter fraud and illegal immigrant voters by voting and physically transporting every like minded voter they can carry in their vehicles to the polls.

ALIPAC is conducting interviews with the national media and talk radio shows across America advising conservative voters to vote like this, as this is the last time their vote will ever matter because this will be the case, if Obama gives illegal aliens Amnesty and voting rights!

Conservative voters are advised to map and locate each family member, neighbor, friend, or Facebook buddy who opposes any part of President Obama's agenda (The NoBamas) and to physically put them in vehicles and transport them to the polls. While conservative voters are not accustomed to this kind of voter mobilization, the historic situation at hand calls for it.

"Conservatives usually do not need or want people transporting them to the polls," said William Gheen. "But this year we must load conservatives into our cars and watch them enter the polling place with our own eyes; to compensate for the buses and vans that will roll in to canvas the minority neighborhoods where Democrats see transportable voters. We have to fight back against the Chicago style Democratic machine."

For more information about ALIPAC and the 205 endorsed Federal campaigns that oppose illegal immigration and Amnesty for illegal immigrants, please visit www.ALIPAC.us

Comment by Debbie G on November 1, 2010 at 11:42am
Link to the Miami-Dade voter stats posted below
http://www.miamidade.gov/elections/ 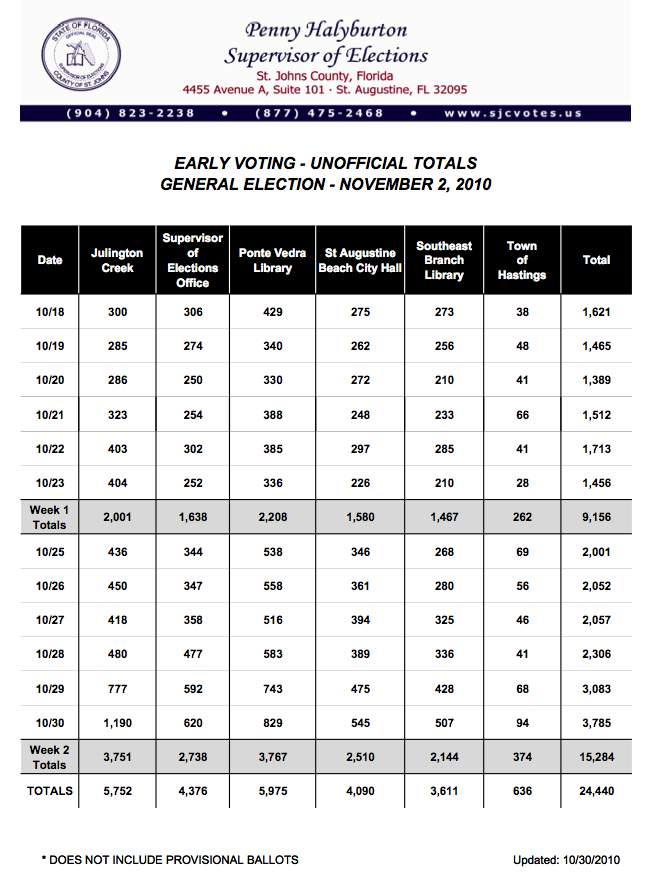 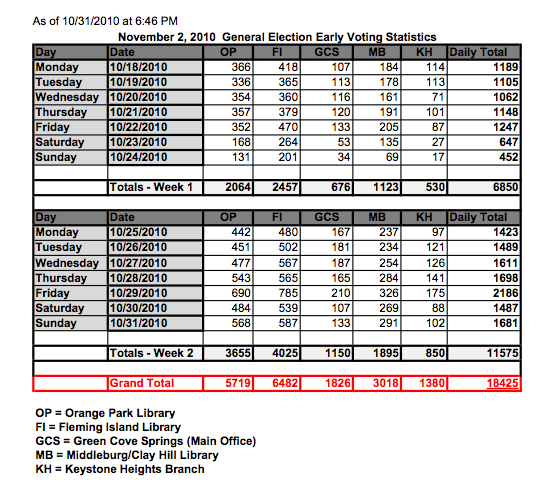 Comment by Thomas Price on November 1, 2010 at 9:54am
It's time. I've hardly slept the last two nights in anticipation of being part of helping our nation take a profound course-correcting step back towards liberty, freedom, and self-reliance.

Comment by Marty Cleghorn on November 1, 2010 at 9:08am
I heard TX Governor Rick Perry this morning say the Tea Party has risen up to say the President and Congressional Leaders who thought they had a "Mandate for Change" sorely misunderstood the mandate - that Tea Partiers wanted changes: LESS spending, LESS Federal Government Intrusion, and to STOP SPENDING MONEY WE DON'T HAVE. Sounds logical to me and I am very, very proud of all the hard work Tea Partiers have put into truly affecting change in American politics. Can't wait until I go to the Polls tomorrow and VOTE. God Bless America. As GOV Perry said, "There is still opportunity in America; it's in Texas." We know it can be in Florida, Georgia, every state in the Union if we continue the good fight.

Comment by Kay Ragan Durden on November 1, 2010 at 8:04am
I agree with Richard!!! Know the TRUTH, and the TRUTH will set you free!!!!!!!!! Our great Tea Parties all over the country have put the TRUTH out there and our country is see-ing the TRUTH. See you at the Polls!!!!!!

Fabulous, phenomenal, incredible job...I am so honored to be a part of the First Coast Tea Party. What you have accomplished is truly amazing and I know we are all so very greatful to you and the others who have donated so much time and energy. I was completely blown away when I realized this morning that First Coast Tea Party has grown to an incredible 4481 members!!! up from 832 members when I joined about a year ago. Those numbers alone should scare the pants off Obama, Pelosi and Reid. I'd love to have someone send Fox, ABC, CBS, NBC etc the numbers...And the membership keep increasing daily. Looking forward to the Landing celebration tomorrow night!
Thanks so everything you do!

Comment by Loretta Inman on November 1, 2010 at 7:16am
Great job all and great video Billie. Once our people get in let's hold their feet to the fire. When they campaign they say what they think the people want to hear then do what they want once they're in. There should be some way to make them keep their promises or get fired. I'll be so glad to see Pelosi lose her position. I remember the grin on her face as she carried the gaval outside in front of the protesters to pass the Health Bill. It was as though she wanted to rub it in that she had all the power and the heck with what the people want.