Voters registered in Florida can look up where to vote on Florida's site.

Should Mayor Curry be endorsing a Liberal over a Conservative for City Council President?  If you're a conservative, you know Hazouri is NOT the right choice for this city, yet if City Council doesn't hear from us he will likely be the next City Council President and control the direction for his tenure!  Our Republican Mayor continually cozies up to the Liberal candidates.  Hard to imagine?…

We are asking you to contact your Florida State Legistators and Gov. DeSantis. Urge them to open our state!!

As a Candidate; you then need to raise funds for your campaign

Unless you are very wealthy and can fund your own campaign, in order to succeed as a candidate, you must raise funds. Events, mailing campaigns, printing, signage, advertisements, etc. all add up to huge expenses. If you've received enough signatures, you won't need funds to qualify.  However, if you fall short, in order to be a candidate you must pay the amount for postitions listed in the previous blog.

A common misconception about political fundraising is that it…

As a Candidate; first you have to get signed petitions...

Have you voted yet?

Thank you to one of our members for this great information!  Below are links to the James Madison site with a comprehensive breakdown about the views of our candidates, the impact, the facts and the proposed amendments.  If you have not voted yet or if you want confirmation that you made the right choice, check these out (also posted on the main page of our website):…

Does the Soil & Water Position Matter?

Seems like it won't matter at that level?  Well, it starts at this level of government where folks start their political career and affect our lives in ways we may not see.  Here's one of the candidates sounding off: 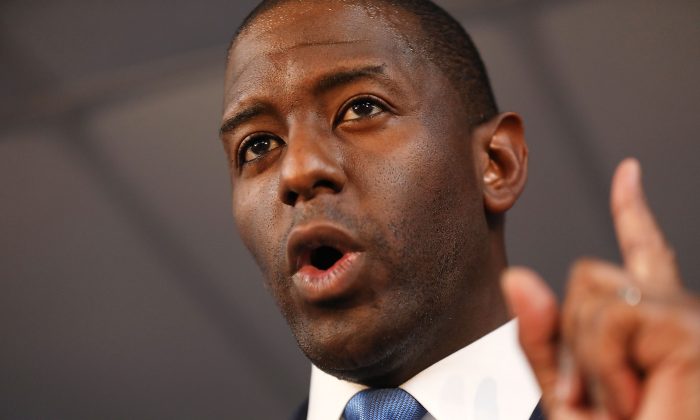 The last day to purchase at the Early Bird prices ends tomorrow! 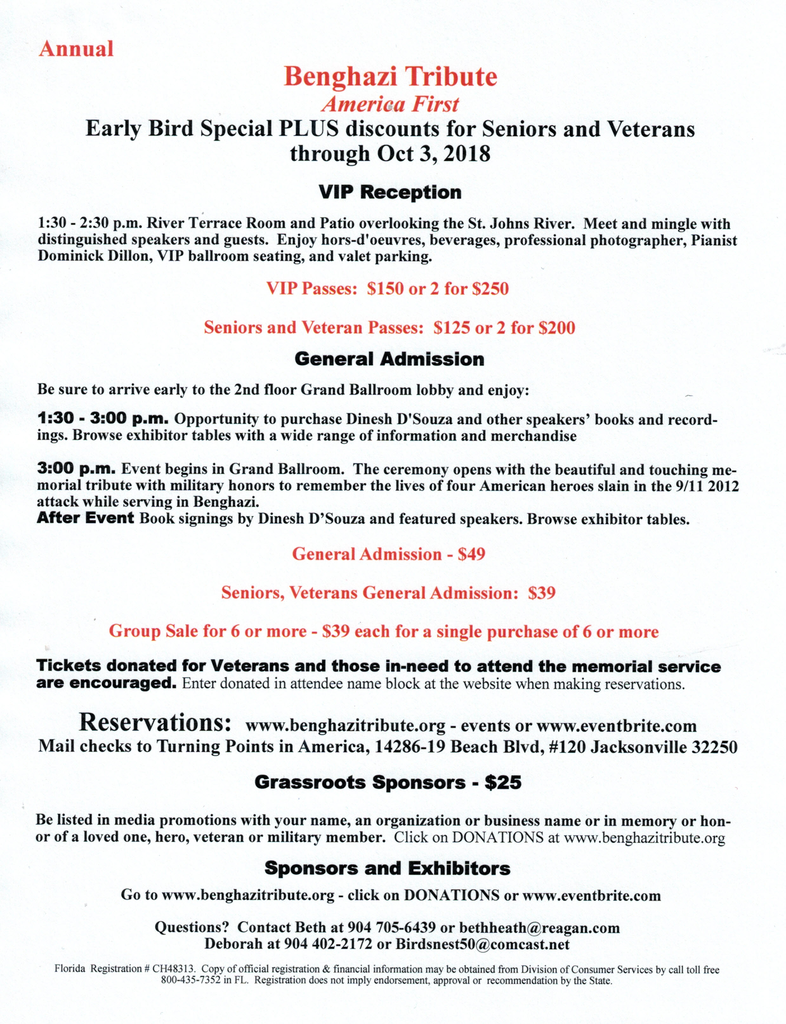 Ron DeSantis will not be our next Governor without YOUR VOTE!

Billionaire donors George Soros and Tom Steyer are directing $650,000 to Gillum's political committee - and don't think for one minute this is it just a good will gesture! Nothing is FREE!  … 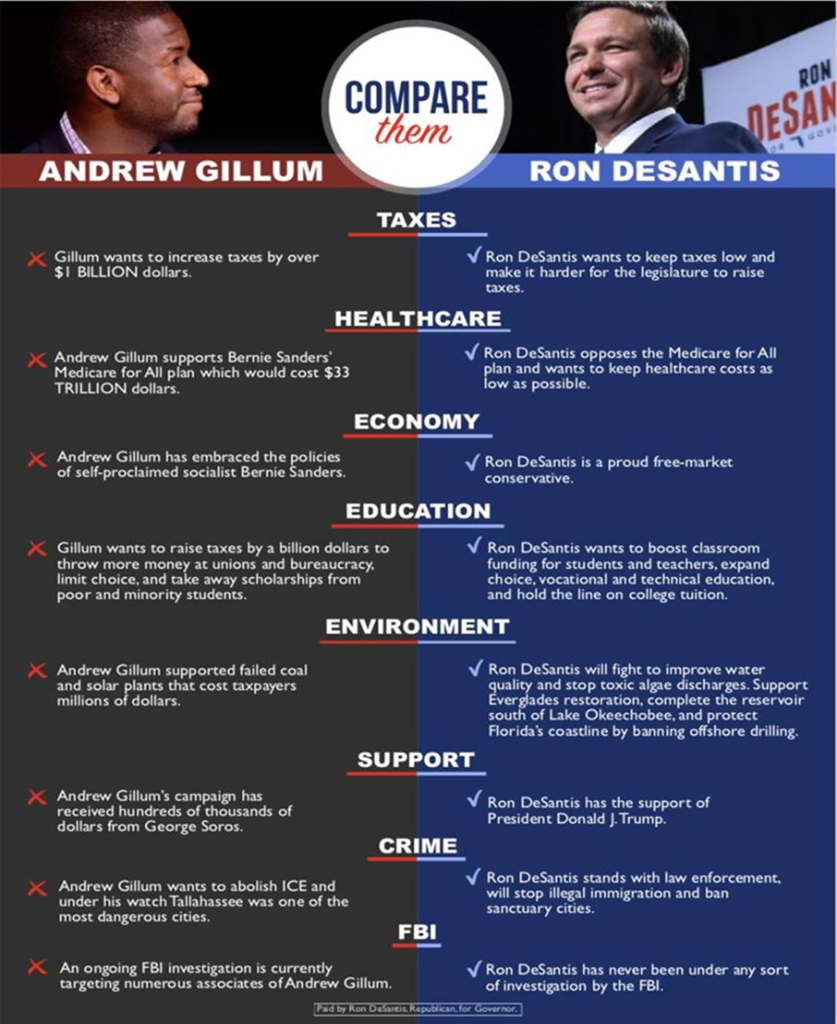 Time to act, get involved and Get Out The Vote for General Election on Tuesday November 6, 2018 – 49 days out.

All Republican campaigns need help and are being run out of these 3 NE Florida Victory Offices located as follows:

IS FLORIDA READY FOR A GOVERNOR WITH A SOCIALIST AGENDA?

Didn't think so, but if we as Conservative, Independent, Libertarian, Floridian voters of all cultures don't get to the polls and vote in November for Ron DeSantis, I can guarantee you that Andrew Gillum and his socialist agenda, backed by the likes of George Soros and Tom Steyer, will be our next governor. Think your vote won't matter?  We've witnessed here in Duval County how a race can be decided by just two votes!  Remember this?: …

Although this is not an FCTP effort, we are forwarding information to Florida members who may want to help in the quest to make E-Verify mandatory in the state. 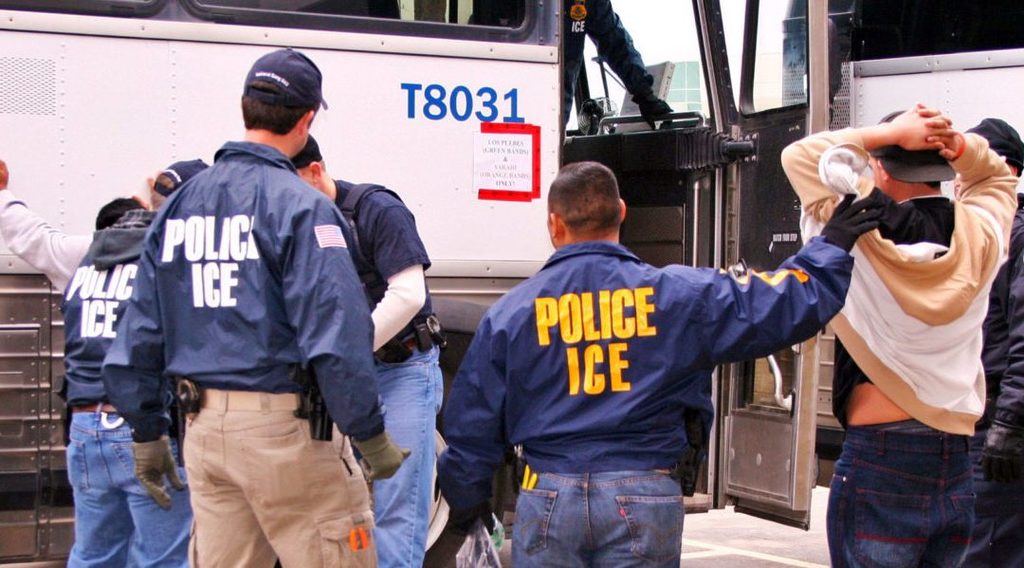 Be Careful Who You Vote For!

WHO IS ENDORSING YOUR CANDIDATES...

The First Coast Tea Party hosted a Hob Nob Straw Poll on February 7, 2015 on the Duval Unitary March 24th lengthy ballot. The Hob Nob was open to the public and a media release was issued to encourage voters to attend.

Nearly 500 attendees got acquainted with 36…

Voters registered in Florida can look up where to vote on Florida's site.