Florida's Senator Marco Rubio calls out President Obama for his speech yesterday where he slammed the American people for being successful.  As Senator Rubio stated, "this is class warfare."

While our countrymen are hurting and jobs are few, we have a President who believes he can "come out swinging" at the American people instead of working to fix the problem.

Thank you Senator Rubio for your leadership today.  You can view his speech here or read his…

For all of you who felt totally deflated over the lated decision by the courts on Obamacare, Ms. Galen of the Galen Institute has read the decisions and apparently others have as well and one of the judges through out the gauntlet to the Supreme Court when he said the commerce clause was now being used for pretty much everything and it might be time for the court to revisit some cases that made it thus.  As we all know the commerce clause was meant to have very limited impact and was mostly…

Forbes: The President's Plan To End Medicare Part D As We Know It; The first principle in health care and economics should be: ''First, do no harm.''

The first principle in health care and economics should be: ''First, do no harm.''

Those who are interested in the scientific debate regarding the impact of human activity and carbon dioxide on Earth’s climate should check www.Heartland.org and the 6th International Conference on Climate Change which started this morning and will conclude tomorrow, July1.

None of the presenters have financial…

This week the First District Court of Appeals in Tallahassee issued a little noticed opinion  that may have far reaching implications in establishing what I and others call "market based immigration reform."  The dirty little secret is that crony capitalism has delayed and prohibited meaningful immigration reform for far too long.  The government likes to collect payroll taxes on illegal workers knowing that in most instances they will not have to pay that money back to those workers in the…


Kaman has 2 locations in Jacksonville and has been a good high quality employer. Overall, the company has been in business for 60 years and meets the highest of quality standards for its products.

NOW is the time to contact Governor Scott and ask him to SAY NO to SunRail, a project that will indebt all Floridians to the costs of a transit system that is not going to be utilized. This is a pet project of Representative John Mica…

Muslims are fighting for control of the world, how are they using us?

Ladies and Gentlemen, “We the People” must take action to ensure that our nation, “under God”, shall have a new birth of freedom and that our government of the people by the people and for the people shall not perish from this earth.

Michelle Obama: "Fortunately, We Have Help From The Media"

Michelle Obama: "Fortunately, We Have Help From The Media"

Something Woke Them Up Too! 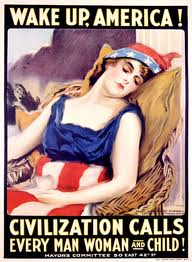 TheAmericanDream: 14 Reasons Why Rick Perry Would Be A Really, Really Bad President

Obviously, everything about any candidate should be verified, but some of these reasons look pretty bad!

Supporters of Texas Governor Rick Perry are not going to like this article at all. Right now, Republicans all over the United States are…

Bear Witness: ALERT NO TO FL HB 879 AND NO TO PUBLIC PRIVATE PARTNERSHIPS

Tea Party Patriots: SIGN OUR PETITION TO TELL CONGRESS NOT TO INCREASE THE DEBT LIMIT!

SIGN OUR PETITION TO TELL CONGRESS NOT TO INCREASE THE DEBT LIMIT!

Does anyone know enough about the Sunshine Law to understand why these meetings are exempt from the Sunshine Law requirement of open meetings?  They are using 286 which is the Sunshine Law but have not stated what exemption they fall under that allows them to have closed meeting.

And Brown thinks he can simply change the name of the commission to something sounding like we are involved and we will continue spending like we have money.  What say you????  And does it really matter what they approve since the city council has not approved anything and is still trying to balance the budget and eliminate a 60 million dollar short fall???
…
Continue

The dream act via executive order

According to our friends over at HotAir.com, the DREAM Act has…

Everyone is focused on our national debt. Few have looked at debt held by each of the 50 states. If you want to understand where your state stands just go to www.USDebtClock.org and in the upper left corner is a pull down menu to view the debt held by your state.

I am posting this as a repository of information about Enterprise and Brownfield Zones as I find it, and I will add as I find new information.  Interesting actually and since the city has both and gets tax breaks for those who move into these areas and the companies are also entitled to all sorts of perks, some of you might be interested!  I will try to highlight any area I think someone might find of interest that is related to us here in Florida............but this will be a…

The POWER of The TEA PARTY

At the monthly meeting of the Beaches group at Angies Jerry Merckel and Bob Tipton presented a program to a standing room only crowd of patriots.The subject was the Federal Reserve or as we call it The Creature from Jekyll Island.More than half of the crowd were first timers which is hearting that more citizens are seeking a way to stop the intentional destruction of our beloved country.