In the event you didn’t know the history of the name Washington Redskins, they were named to honor Indian Code Talkers who used codes based on their language to safeguard messages sent.  They saved lives and can never be thanked enough for their efforts during WWII.  Four of these fine men were honored at the Redskins game between them and  the SF Giants game.

Your last chance to order tickets !!!!  All requests must be received by December 3rd at 5:00 PM.

You don't want to miss this event.

I thought you might find this interesting.  Certainly, the Japanese admitted the only reason they never attacked the mainland of the United States is because they knew people were armed and they could foresee guns leveled at them from behind every bush.  In the instance of the Japanese, we were very fortunate they were bright enough to see a losing proposition.  The only way to be sure anyone else planning that kind of attack on us (either foreign or domestic) would give the…

An article I came across today that has quite a bit of very good commentary and fact.  I thought it was worth sharing and hope you agree.  The original information this commentary is based on appeared in articles in American Thinker and The Washington Times.

As many of you already know, this is not the first school that has been caught using this form on children.  It has been used much closer to home up in Maryland (I keep a file of articles) and was caught there too when a child took something out of the classroom and home to show his parents.  The thing is once you uncover it in a couple of places, you then must question if it is being used in ALL schools and we just haven't caught it?  This is a never ending discovery process, and it…
Continue

Schools Insist on Forced Medical Exams for Kids or Else

Welcome to the police state.  This is not just happening in one place or we could say perhaps some over zealous school system with progressive liberals in charge was over stepping and could be stopped, but parents are getting this type of treatment in places all over the country, and it is flat out scary.  What can be done?   and What's next???

Schools Insist on Forced Medical Exams for Kids or…

Your UPCOMING FCTP EVENTS. JOIN TOGETHER AS WE CLOSE OUT 2013 AND HEAD INTO THE MOST IMPORTANT 2014

You don't want to miss this event.…

Virginia Files Application for Convention of the States

We need more states to follow Virginia's lead on this, and a prayer it will be enough states to be able to ask for amendments to the constitution to reign in this administration and any other administration that should attempt to take our rights and our states rights and to get rid of the mess in DC, perhaps change the tax system to a fair tax and several other things like a balanced budget amendment.  We need to pare the federal government back to what the founders meant for…
Continue

Basically, what Mr. Reid did was to take away the voice of 45% of the country by not allowing their senators a voice in these decisions and making it one party rule which was never the founders intentions. This was supposed to be a really classy part of the government entrusted with some very important decisions and therefore, it was meant to be a very deliberate body with no snap decisions which is why initially senators were chosen by state legislators to be sure they…
Continue

If you or someone you know is interested in being considered for the position of FCTP Admin. Asst., please submit your resume, along with your references to:  therattlereditor@gmail.com.  Or you can cal 683-3945 for more information.

This job posting will be open to receive resumes from Nov. 23rd through Dec. 4th.  Don't hesitate if you are interested.

See the full announcement below:…

Who is to blame

Who’s to blame for the Government Shutdown?

Our system of government only works when our elected representatives are willing to compromise.  Both sides negotiate and make concessions to find the middle ground.  In this case, the sides started pretty far apart.  Republicans believe that Obamacare is the worst law ever passed by our government.  Their starting point was the full repeal.  Democrats believe that Obamacare is the salvation of the nation.  Their…

Exclusive: US May Have Let 'Dozens' of Terrorists Into Country As Refugees

This should come as no surprise, since the "one" puts no effort into anything and has no idea what he is doing most of the time.

Several dozen suspected terrorist bombmakers, including some believed to have targeted American troops, may have mistakenly been allowed to move to the United States…

HOROWITZ AT HERITAGE FOUNDATION: 'THE COMMUNIST PARTY IS THE DEMOCRATIC PARTY'

And Mr. Horowitz would know .......... he grew up as part of it, and his parents were members of the communist party.  He is a conservative now!

A Holiday Reminder for Donations

Holidays are coming.....be sure your contributions go to the right organization.   SOMETHING TO THINK ABOUT BEFORE YOU MAKE CONTRIBUTIONS:   Please keep the following facts in mind:
The American Red Cross
President and CEO Marsha J. Evans'
salary for the year was $651,957 plus expenses
MARCH OF DIMES
It is called the March…
Continue

The Contempt is Revealed

Keith Koffler is a veteran White House reporter, and he writes the White House Dossier, because he believes power requires accountability.

President Obama claims his administration is all about helping the middle class. But…

Limbaugh: If Obama Had Been Honest, He'd Never Have Been Re-Elected

And now, on top of the Obamacare debacle, we have the unemployment numbers debacle to add to the lies used by Obumbler to get himself a second term.  He defrauded the American people with his lies as the truth is not what we were told and the re-election of this man was swung based on his lies presented as the truth.  If liberals were ever honest, they would not win elections, and this man would not be our president had he told the…

Once again, liberals are trying to silence those who do not agree with them using a legal system that is now loaded with liberal judges appointed by an equally corrupt executive administration in DC.  Some of what they are asking for indicates a fishing expedition more than anything else.  They couldn't possibly have any real evidence or they would use it, I would think?

Subpoenas hit allies of Scott Walker as his re-election campaign… 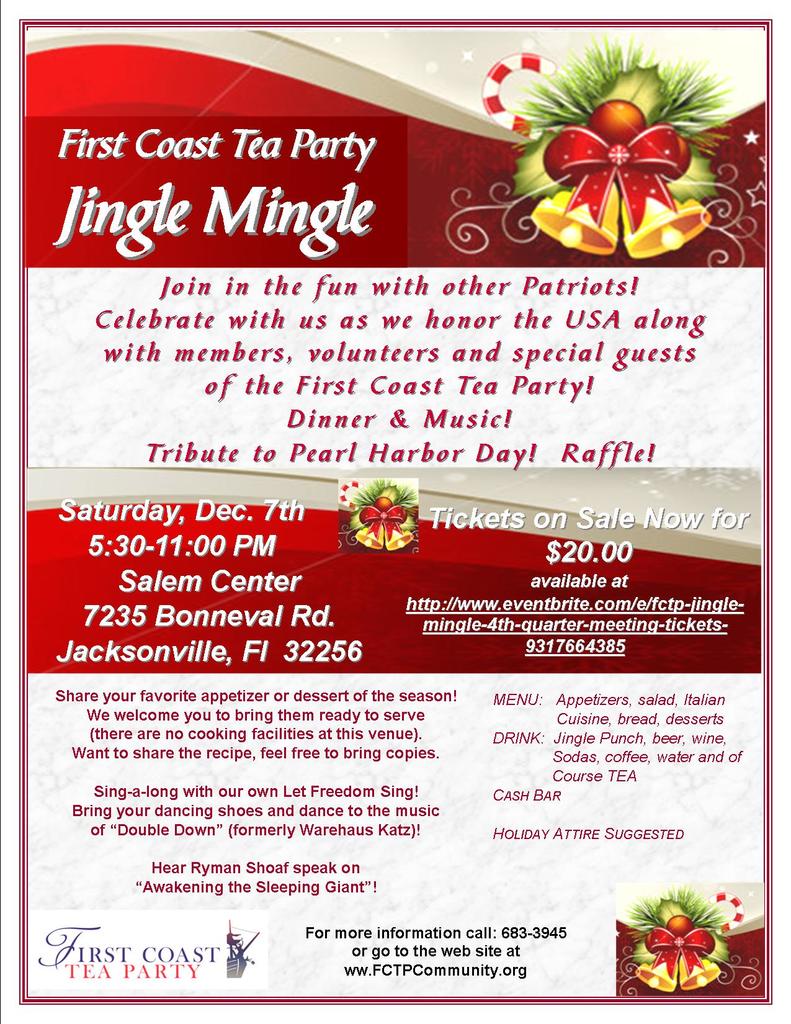 Order your Jingle Mingle tickets by clicking on this link: …