An unlikely source, but interesting info. 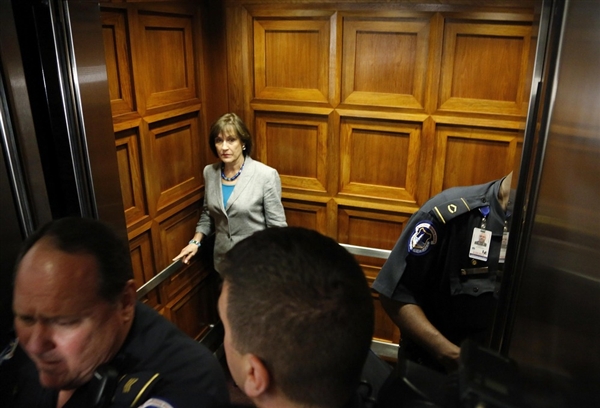 Lois Lerner, director of Exempt Organizations for the IRS, is surrounded by Capitol police as she boards an elevator after being excused from a House Oversight and Government Reform Committee hearing in Washington on Wednesday.

This Is What Happens When You Fear Free Speech

Perhaps these Obama administration scandals (popularly referred to as “so-called scandals” in liberal media circles) lack the explosive drama of a Watergate and the entertainment value of Bill Clinton’s peccadilloes, but for those who are less obsessed with the…

We Know Who You Are: 71 Senators Reject States’ Rights to Label GMOs

We now know that the Justice Department kept exceptionally close tabs on Fox News reporter James Rosen in 2010, following his trips in and out of the State Department, hacking his personal emails and phone…

This is wrong on so many levels, one wonders where to start!

Today I signed up to support the Wounded Warrior Project.

It is a $19.00 per month donation, charged directly to your credit card.

As I write this memo, my eyes are filled with tears, tears of joy, That I live in the USA, Thank God, and thank a soldier

Honor the memory of the millions of people who have died to preserve our nation and the principles for which America stands as One Nation Under GOD!

This Memorial Day recognize the Global war on terror for what it is. The Blood, the gore, the be-headings and now the butchering of innocent people on the streets of our nation and around the world are examples of a war being waged between the Prince of Peace and principalities of evil for the control of the minds of people and the…

Both my wife and I attended the Bar BQ yesterday.I must say as a first annual event, this was very well presented."Let Freedom Sing" was excellent. The food was also excellent.Micheal Jackson did a good job, and Rick Hartley was the hit of the day in the dunking booth. I will be sure to put this on my calendar for next year. Thanks to all that worked on this event.

If any good has come from the multitude of scandals swirling around the Obama administration these days, it is this; that the platform from upon which we propose conservative ideas and solutions is sound.

Regardless of any legal or political outcome with regard to the shady actions and lack of accountability of the IRS on conservative profiling, the Justice Department’s attack upon News organization’s right to free press and the State Department’s dismissal of bureacratic bumbling in…

I am usually a fan of these movie showings by the Florida Theatre.  But I am having some trouble understanding the movie graphic that they posted to advertise this movie, The Great Escape, to be shown on August 4.

It is labeled " A Glorious Saga of the G.O.P."  The graphic has been photo-shopped.  It shows Mitt Romney, Sen John McCain, Mayor Rudy Giuliani, and  President Bush all fleeing the compound.

The irony of showing Sen John McCain, an actual POW, in such a graphic just…

She refuses to testify citing the 5th amendment right not to incriminate herself, and now she refuses to be fired and was put on paid "vacation" instead...................kind of leaves me speechless!  How about you?

Video: Gun owner to intruder: 'If my dogs don't get em, I will'

This lady used few words, but every one of them counted!!  Tried to put this up under videos and it wouldn't work :).

Common Core a Threat to the State, Districts, and Students

Since we are deep in the midst of this, I am hoping you will find this speech by Mr. McCluskey from Cato Institute, done in front of the Pennsylvania senate, informative.  And before the article, here is a comment from Mr. McCluskey from another article:

But what if the research were to clearly show that having…

This action by DHS wasn't just Florida.  It was everywhere which is another instance of targeting since they never bother the unions or OWS and these folks really are violent while there is not one single instance of tea party violence.  We respect the law and those who uphold it (but not those who break it).  Below is a quote from a comment on the article..................thought it was point on so sharing.
…
Continue

Heritage Foundation: Morning Bell: The IRS Wants to Know If You’re a “Patriot”

I am posting this for another member of FCTP, and hope you will read what Heritage has to say about this issue.  As the requesting member says (heaven help us), 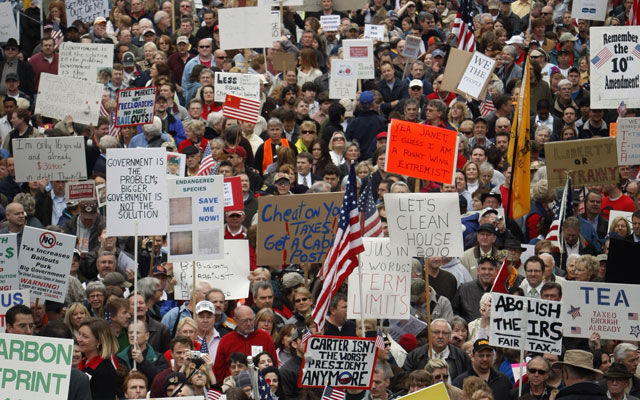 Congress will begin working on the immigration aka Amnesty Bill when they return from the Memorial Day Holiday. I suggest that we all copy and save the information below. Call every single day. We must not let them think that this is not critical to us and the future of our country. The Benghazi issue, the AP phone tapping issue, the IRS issue, and whatever else they toss at us will not create chaos in our work. Stay focused on each issue. Give this one the…

Detailed information about the Farm Bill from Heritage Action

Detailed information about the Farm Bill from Heritage (80% of the almost 1 trillion dollars is for food stamps).

What Every Taxpayer Needs to Know About the “Farm Bill”

“We will end the practice of packaging unpopular bills…

This is a letter we need to ask our representatives to sign.  The short list of those who have is included, and many names are missing.  Of course, Crenshaw signed on as a co sponsor for the bill, so probably he won't change his mind.

The Honorable John A.…

These are very important issues and need your attention right now before Congress goes on recess next week!  Please contact your members of congress on these important issues.  You can go to the Dashboard tab on our website and enter your zipcode to get their contact information.  If you have any questions or get any pushback on any of these items, please don't hesitate to contact…

Loss of Trust is rarely one thing but rather the cumulative effect of many small and sometimes major events.  Loss of trust is further eroded when the obvious errors or omissions are denied.  When the loss of trust is linked to abuse of power and/or cover-ups the need for change becomes obvious.

Leadership, be it Political, Military, Civil, Corporate or any other…