We have a space to list your business! If you would like a link to your website and/or have your business in our Shop Our Business at no charge, please feel free to contact Beth Heath at the address listed below.  bethandjohn6439@reagan.com…

LETTER FROM BILLY AND KAREN VAUGHN to Pres Obama

A special thanks to LeAnne King for providing...(links have been added to the letter for reference and were not part of the original composition.)

• Full LETTER FROM BILLY AND KAREN VAUGHN to Pres Obama

After finally choosing to view the barbaric,…

Below are meetings and events with links for week ending October 4, 2014.

The First Coast Tea Party is interviewing citizens on the three amendments to the Florida Constitution that will be on the November 4th ballot. Interviews will be shared by video to educate voters on the…

Obamacare ‘bending over backwards’ for illegals

The Obama administration has dragged its feet on revoking Obamacare coverage for people who can't prove U.S. citizenship or legal residency, allowing some of the estimated 11 million illegal immigrants in the U.S. to continue enjoying taxpayer-funded benefits, a Republican senator charged Monday.

"The Obama administration is bending over backwards to give Obamacare to illegal immigrants but won't protect hardworking American citizens who are losing their health care coverage," said…

Please join me @ 5 P.M. this evening to secure a good seat and a "comment card" to express your opinion on the acceptance of this terminally ill budget the city council wants to further sicken the "Jacksonville Taxpayers" with.  I pray you all are in agreement that we need to send a message to the council that this budget continues to contain a malignant core termed the "PFPF TRUSTEES".  Until this element is removed by surgery of the elective representatives for the good of the entire…

ACTION ITEM: ARMING OF SYRIAN REBELS HJ124 Approved by the House and the Senate

On Wednesday, September 17th the House authorized, 273-156, U.S. training and arming of MODERATE Syrian rebels to fight the militant group known as the Islamic State. On Thursday, September 18th the Senate, voting 73-22 joined the House in passing a stopgap funding measure for the first 10 weeks of fiscal 2015 that authorizes U.S.…

Below are meetings and events with links for week ending September 20, 2014.…

VOTE NO ON AMENDMENT 1

This past week I attended the propaganda movie, "The Florida Corridor Expedition: Everglades to Okefenokee," promoting the need for Floridians to spend $19.5 Billion… 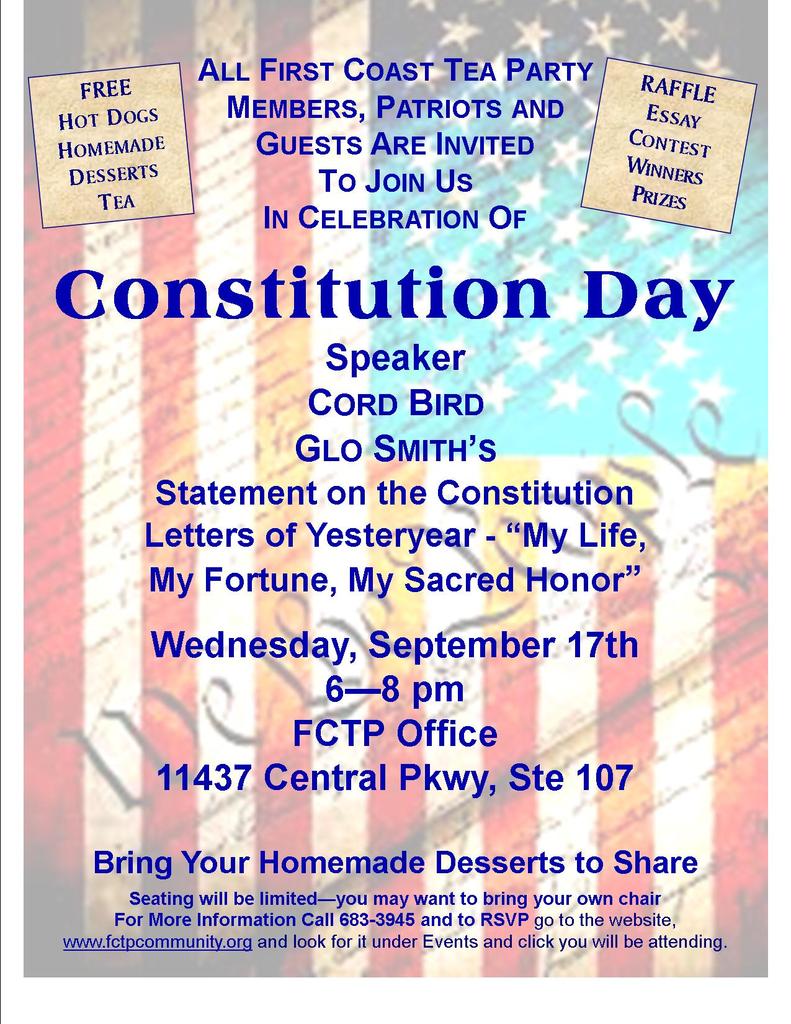 Below are meetings and events with links for week ending September 20, 2014.

The First Coast Tea Party is…

Self serving Congress and Presidents

His first act as leader, he told his audience, would be to amend the Constitution to eliminate the lifetime salaries that presidents, congressmen and senators currently receive.

ACTION ITEMS: Freedom of Speech and Gun Rights under attack

Freedom of Speech and Gun Rights under attack

and America needs for you to take a few minutes of your time to sign a petition, call your two Senators and then call the 8 Senators in the Swing states.(If you live in one of them.) I really do not have to tell you that America is at a…

Good Afternoon Patriots!
Below are meetings and events with links for week ending September 13, 2014. 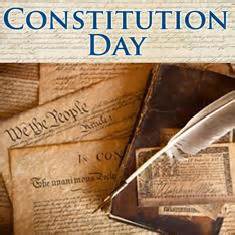 The deadline for the Essay Contest is September 10th! Win a $100 Visa gift card!

Click on the image for the September 17th event details.

Remember the essay must be 700 words or less. 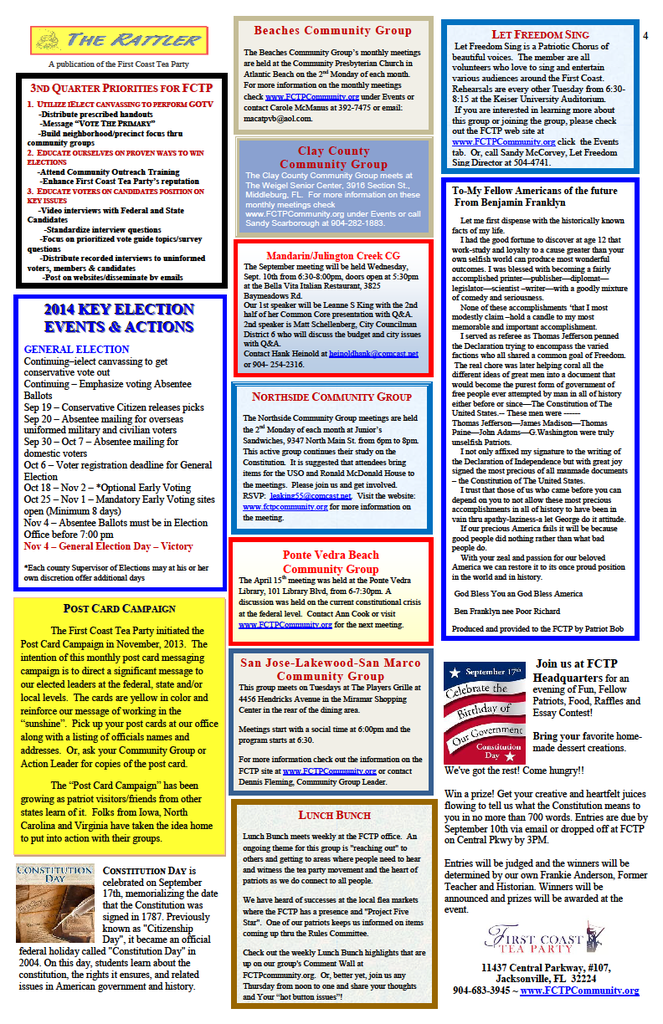 Full LETTER FROM BILLY AND KAREN VAUGHN to Pres Obama

After finally choosing to view the barbaric, on-camera beheading by ISIS of freelance war correspondent James Foley, I have been left with a level of rage known only to those of us who have sacrificed unspeakable offerings on the altar of world peace. My offering was my only son — Aaron Carson Vaughn. Aaron was a member of SEAL Team VI. He was killed in action when a CH47D Chinook, carrying thirty…

Your children need you to help them now.. The future does depend on the children and the fight for their hearts and minds is on.......I begin by saying that the national implementation of Common Core and all of its parts was ILLEGAL. Education is a State's right. This intrusion at the…