Republicans must insist laws are enforced, not just woo Hispanics for midterm election

Before leaving on his 17-day …

CARSON: Why did the founders give us the Second Amendment?

As much as I like Ben Carson, I simply could not vote for him for president, because of his stance on the second amendment.  He doesn't want to take away our 2nd amendment rights, but he thinks of guns pretty much as he thinks of cars (but no one uses a car to protect their family or their property nor can a car be used to fight back against a bunch of tyrants in our government..............which we currently have and those folks are on both sides of the…

Well, the timing certainly seems odd (but these liberals seem to like to do anything they can to ruin the Christmas spirit).  Interesting that they feel compelled to protect themselves against the American people instead of the foreign entities the federal government was formed to protect the country against in a uniform overall manner.  Perhaps the abysmal approval numbers of most of the DC crowd have given them pause (and instead of changing their mode of operation, they choose…

AFT’s Weingarten: Common Core Implementation Will Be Worse Than Obamacare

But this is not a national program?  More reasons for not implementing common core and running post haste away from it as quickly as possible.

There is an automobile whose gas pedal is stuck to the floor so the driver can’t slow it down by taking his foot off of the pedal. The brake line has a leak and the harder the driver presses on the brake pedal, the faster the brake fluid leaks out and he can’t stop the vehicle using the method that was designed into the automobile to stop it under normal circumstances. The cable for the emergency brake is rusted through due to lack of attention and pulling the emergency brake…

Patriots, your immediate action on the information provided below is critical.
We need your help to stop this now. Tell them to keep their promise to stop overspending, and honor the spending limits set by the Budget Control Act of 2011. Any spending higher than that is a broken promise
That was then and this is now. Sadly Washington always seems to forget or overlook current law and…

Florida Becomes Third State to Pre-File for Convention of States

Yesterday, the state of Florida pre-filed for a convention of the states to be held.  We need many more states, and hopefully, they will come forward.  You may wish to sign up for updates and information from this web site which is tracking progress on this issue and also provides much needed information.

WILL CONGRESS REIN IN THIS ‘IMPERIAL’ PRESIDENCY?

For those who did not watch even parts of this hearing, we all need to know what constitutional experts had to say about what is going on right now with this administration and the dangers to our very way of life and form of government.  These experts were both conservatives and liberals, and their message is one we should all take notice of.  It makes it very important for the states to stand up and take notice and I think they have as we now have had a meeting of… 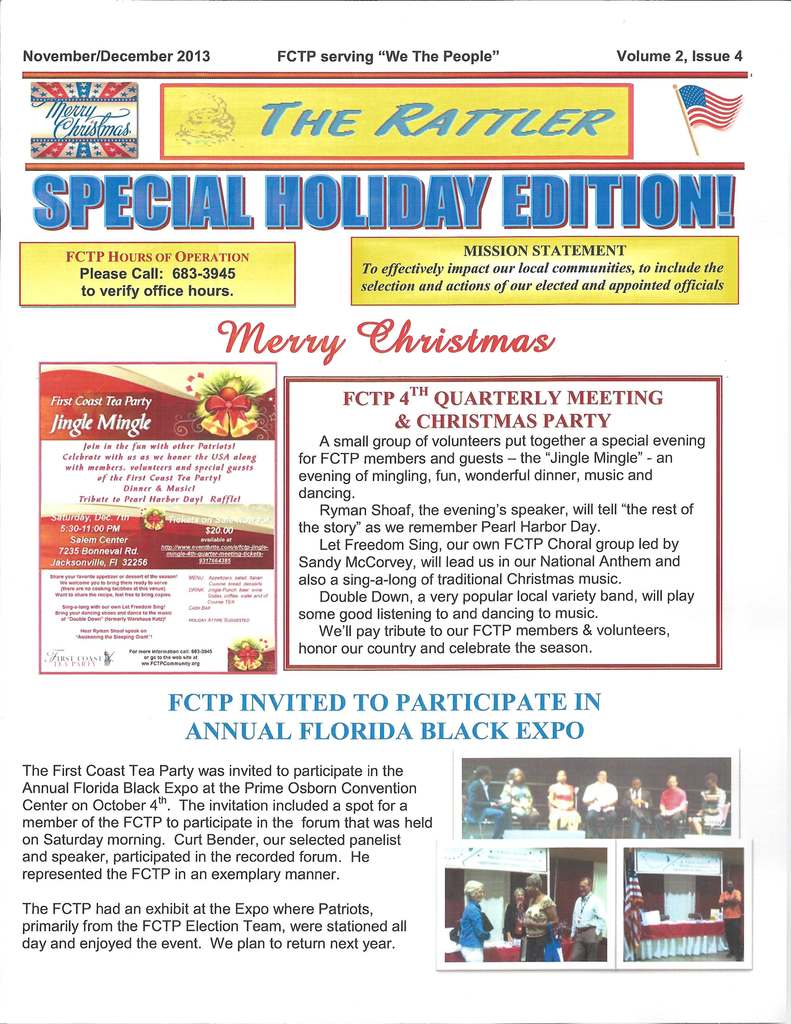 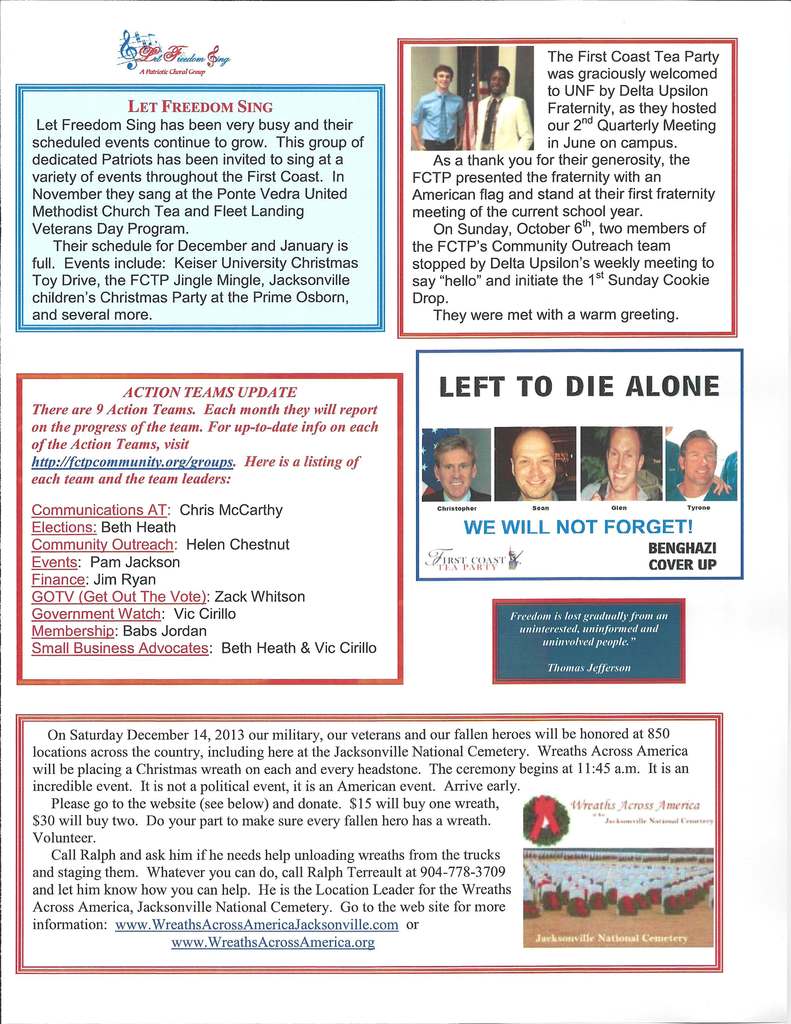 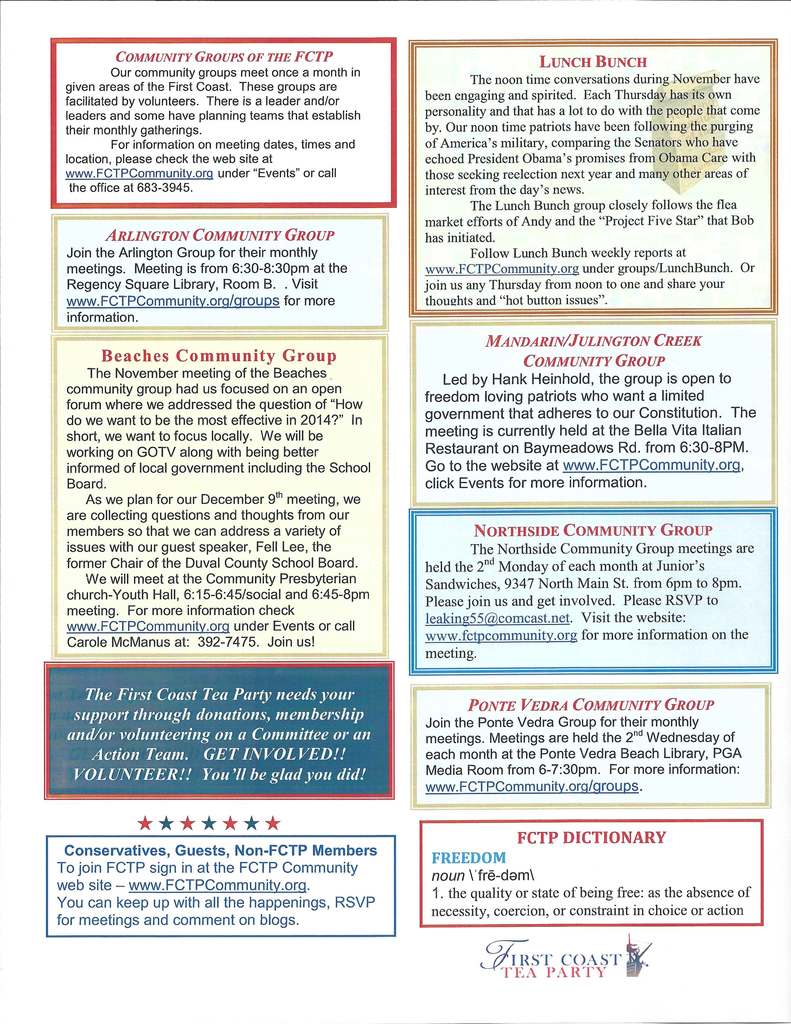 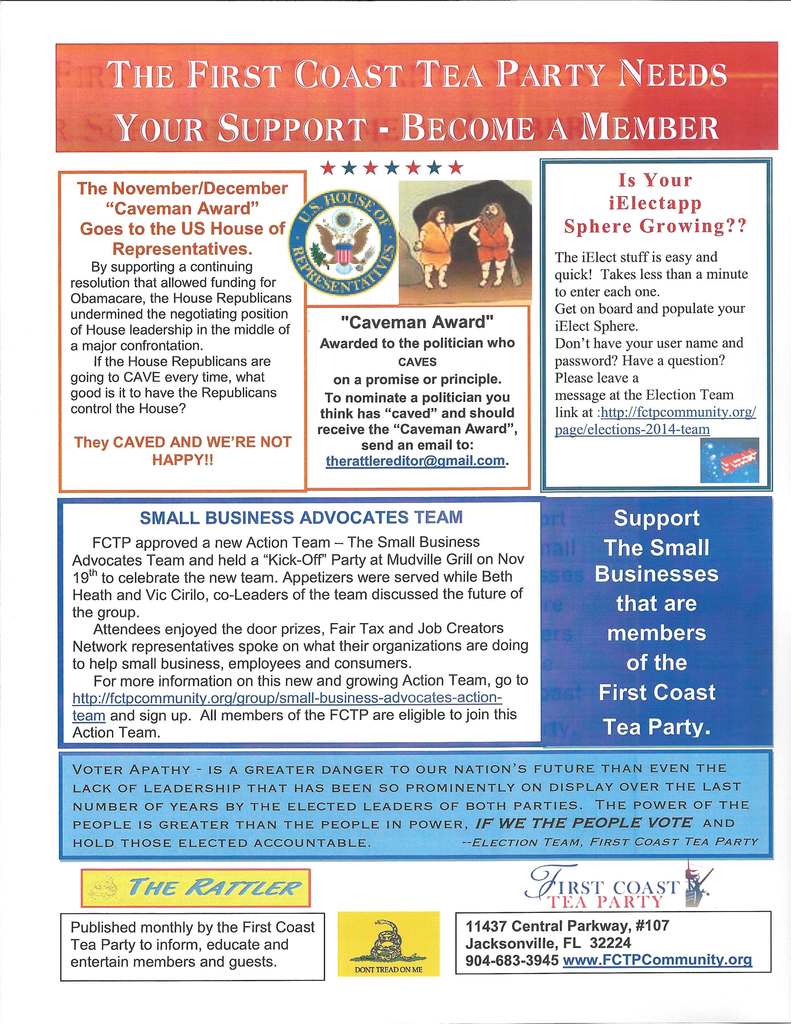 This Washington Post headline “Expected budget deal amounts to a cease-fire on debt” proves once again that Congress is either incompetent or doesn’t care what happens to this country.  How could this group of men and women possibly reduce budget cuts already in place?  How could they approve a budget that has another $6 Trillion in deficit spending?  Don’t they know that $23 Trillion in debt will overwhelm our economic underpinning?  Don’t they care that the middle class will be devastated…

You only just think you have been angry and upset before.  This will take you to a whole new level.  This is called "promoting a religion" and considering we don't allow Christians to enjoy their Christmas holiday without harassing them, I find it well beyond appalling.  To think the federal government or should I say the resident dictator in the white house thinks he can wave a magic wand and indoctrinate all the children in the country in an effort to convert…

This is not a joke, but be seated when you read what this communist dictator is trying to pull now.

WASHINGTON, December 4, 2013 — How far will President Obama go to control what we see and hear? How about removing First Amendment protections from FOX News or even from MSNBC, ABC, CNN, CBS or NBC. Maybe no free speech or freedom of the press for The Washington Times nor The…

There is now a direct line between these folks and Common Core..............started by the states my foot!

In an article published on Monday that advocates for Common Core…

The Employee Rights Act (S.1712) would protect workers from union pressure by putting power in the hands of employees and making union leaders more accountable to their members.

The Heritage Foundation explains that this bill would guarantee employees the right to vote privately in a secret ballot election before forming a union, opt out of…

I am sick of PROMISES AND LIES from this President .
He needs to be
held ACCOUNTABLE for his biggest promise.
Remember the clip of
the president  saying .......IF THIS BILL COSTS ONE MORE DIME THEN
I WILL VETO IT!!!! ...........WELL GET THE PEN OUT JACK AND START SIGNING THE
VETO OF THE ENTIRE LAW.
HELLO ,WE have spent well OVER THE DIME  AND NOW ITS
TIME TO VETO !!!
Please keep replaying this…

Use this link to find your Congress members: (For your specific Congressman)

Click on US House by state, then click on your state. You will see your Representatives. Click on them to find phone number and to send an email.…

OAK FOREST - An assignment sent home from an Oak Forest, IL high school government class is raising eyebrows among parents who are shocked by the questionnaire they and their children are required to fill out. The questionnaire (below) has the parents identify their positions on a number of highly-charged issues, and then places them on a "political…

On top of everything else this guy mentions, it is going to REALLY hurt the economy, because the government is going to be taking every dime you might have spent out there keeping things afloat until we get a president who actually knows what he is doing and cares about whether the country stays afloat. It is not better insurance as everyone has been told repeatedly................it is worse (sub standard) insurance for a huge price and far more…
Continue