As the President announced this evening, there is an agreement among the Congressional leaders that will provide for an increase in the debt limit while cutting spending and tackling the long-term fiscal health of the country.

Attached is a powerpoint presentation that Speaker Boehner shared with the GOP Conference on a conference call this evening.  The…

The Tea Party Needs You

We are growing and each day finds new people coming to our community site and signing up.  In the beginning of our movement, people would put in false names or first names only.  They feared retaliation for joining this movement.  Now times are different and the names on our roles are first and last and comments from new members go something like this – “I’m proud to finally sign up and join your movement” or “I can’t take it anymore, enough is…

As people gather together

As people gather together in their houses of worship, the debt doomsday clock is ticking:  US Debt Clock

As people gather together in their houses of worship, the media is calling the Tea Party terrorists:   …

The New Deal in DC

‣Bill currently has a two-step process for raising the debt ceiling.

Never let a crisis go to waste..."Get out your life boats!" 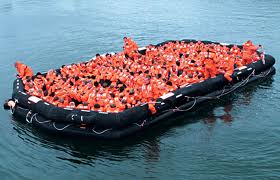 The debt ceiling reminds me of September 2008.  Remember when we were told we had to bail out the banks because the economy would crash if we didn’t?  Remember John McCain had to suspend his campaign and go back to Washington because his country needed him?  Remember President Bush standing at the podium white…

This man truly does not get it.  For the about 5 years, the democrats have controlled both houses and have gone on a uncontrolled spending bing.  Even President Bush barfed at the last budget Nancy P sent him filled with more foolish spending than could fathom, but his complaints did not good.  Now Obummmer has taken us pretty much off the edge of being solvent, and these fools want to blame the rating agencies.  These folks deserve to…

Ander Crenshaw is in Boehner's Pocket

Just spoke with Ander Crenshaw's DC office and was told that he will be voting for Speaker Boehner's plan on the debt.  This should come as no surprise to those of us who have dealt with Crenshaw in the past.

Suggest calls and e-mails to his offices.  This probably won't change his mind, but it might make him think about it a bit.

Changing history books tell our children a different version of history than we learned.

Do you have children or grandchildren! Wait to you see this and what is in the Text books of our children in TUCSON ARIZONA!!!

YOU MUST HEAR BOTH OF THESE…I found TWO LINKS with this woman on Tucson. She was sitting near a child at a bus stop across from

Tucson High… and the child told her she was learning Mexican American Studies…the woman asked to look at the book and copied it!

This is being used for 3rd GRADE – 12th Grade!!! GRAB the… Continue

This is very good information to know, one has to wonder how many of these "super cameras" they have posted around DC.

Washington Post: Why the Tea Party is unyielding on the debt ceiling

Written by, Judson Phillips, the leader of a sister tea party group, Tea Party Nation.  I follow Mr. Phillips regularly and find his opinions refreshing in the sea of liberal media attacks on the tea party being right wing radicals.  It is so nice to hear someone tell it like it really is!

No longer can you fool the people of the state of Florida by TRYING to make us believe you care. I watch your actions and watch the way you vote. I understand the politics of politics and you are so bogged down in the politics you no longer have the power of good judgement.

Bill Nelson Wants to Hear from You

If you are having trouble viewing this e-Newsletter, click here.

THE DEBT WE OWE PART II

Giving the federal government more money is not the ANSWER!


-- In 1934, the government banned ownership of gold and eliminated the right to exchange gold certificates for gold coins. It then immediately revalued gold from $20.67 per troy ounce to $35, thus devaluing the dollar holdings of all Americans by 40 percent. Government defaulted and We The People paid the price.

-- From 1934 to 1968, the federal government continued to issue and redeem silver certificates, notes…

Uno it is a Risk

Charades by them caused Family Feuds

And a happy Life we’ll miss…

The Capitol switchboard has been jammed all afternoon. At 6:10 this evening I finally got something besides a busy signal. After the line rang about a dozen times, I asked the person who answered to connect me with Senator Harry Reid's office.

Last week the House passed its Cut Cap and Balance bill. Senator Reid tabled it as soon as it reached the Senate, keeping it from being debated much less voted on. My call to his office was to ask him to bring it up for debate.

Obama: It’s Tempting to ‘Bypass Congress and Change the Rules on My Own’

This is just amazing since this man is not liked and most people in this country don't even think of him as an American but from somewhere else.  He holds nothing but contempt for the country, and he thinks he should just bypass congress  and make up the laws?  I don't think so, and should he try I fear people will move beyond just making phone calls and writing letters, but perhaps, that is what he wants so he can declare marshal law and appoint himself as dictator and call off…

GET OUT THE VOTE

First Coast Tea Party will be working with American Majority and Political Gravity to root out voter fraud and begin organizing our electorate for the Get Out The Vote campaign. The 2012 presidential election just around the corner it is…