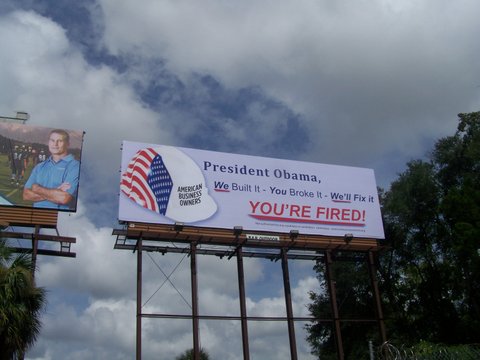 I post this as a "member" of the FCTP. As an individual, as an American.

This looks a bit like a success for Curt Lee, and I hope his opinion on these folks had something to do with it. He is right, these folks are over the top. And we were expected to pay for yet another brand new vehicle (and not a cheap one at that). Good for the city council for cutting their budget. This is rediculous at a time when many are having a hard time feeding their families much less buying a new car.…

Final Information on Romney/Ryan Event - Get your free ticket!

This just came in from the Romney Campaign

Curtis Lee is a concerned taxpayer and a watch dog/activist in relation to the police and fire pensions.  He has done a mountain of work and research on this issue.  He has been literally a tireless advocate for the needed changes in the pension and those who handle the pension.  Curtis is a retired attorney who managed a pension fund himself, so he is an expert on this issue.  Curtis has asked anyone who is interested in becoming involved in this issue to please write to the…

The latest information that I have is that Our future President and Vice-President will be at the Landing around 4:30-5:00 PM this Saturday.

You got it first as I have not even seen it via the press. IF something should change I will let you know immediately so please stay tuned.

Yes, bring your chairs and your signs, make sure they know that the First Coast Tea Party is and has been helping their campaign. They need to recognize that there are MILLIONS of Tea Party Patriots in…

Romney and Ryan Coming to Jacksonville

While I do not have all the details I want to let you know that I received a message earlier that Mitt Romney and Paul Ryan will be at the Jacksonville Landing on Saturday. I will send out additional information as quickly as I receive it. Understand that nothing has been confirmed on this event.

We are proud to reintroduce “The FCTP Membership Program”.  Please see details on the Membership Tab established and approved by the Leadership Council.  Many of you may remember a similar program that was developed in the fall of 2010. At that time there was a good response to the program; however it never got full momentum and was not fully…

Tough call isn't it. There is a move by Paul to steal the nomination at this time, and I suspect that is what this is all about since Romney won the primaries, but it will squash grass roots, the tea parties, and other conservative groups so it isn't good.......and it isn't good anyway to stack the decks so to speak or allow someone control to manipulate things to their advantage..............…

The Shift in Public Schools: From Education to Job-Training K – 12 (coming to a school near you soon)

Doesn't this sound very much like a communist country where you are assigned a job even if you are not even aligned with the work you are assigned...........someone decides what you are capable of, you are trained to do that, and you have no options? This is truly scary, and must be stopped. Please note this garbage was implemented by a republican president (even more reason why the department of education needs to go and schools need to be LOCAL as…

Nikki and I went to The Herman Cain Unity Rally in Tampa yesterday...with our Two If By Tea and Free Capitalist Workers of America memberships. WET but inspiring as only Herman can.

Herman gave us his 3 Steps to Tea Party Success:

British National Archives show a son was born to Obama Sr. in 1961 in Kenya |

Is It Time to Fire all the Press and TV Media...or put them on trial for treason....
At the least a total boycott of the Main Street Media NBC, CBS, and ABC as well as there advertisers is in order.

Subject: British National Archives show a son was born to Obama Sr. in 1961 in Kenya | Fellowship of the Minds…

This is not an endorsement, it is however information that is important as the the federal reserve is a major concern of many and all the candidates who ran for president had GOOD ideas and many need to be implemented.  This is an area of huge concern for Ron Paul, and Romney needs to pay heed to Dr. Paul's concerns.  Certainly we should be watching how this all unfolds.…

Certainly something I am pleased to see.................but there are so many other things including health care that need to be moved back into the free market.

Republicans view as important and necessary to keep the Internet open and free.

“Internet Freedom”, according to the finalized draft language, would entail the…

Weekly Events Schedule and Save the Dates

Election observers proliferate at polls
By AJ Vicens and Natasha Khan, Published: August 24
As Jamila Gatlin waited in line at a northside Milwaukee elementary school to cast her ballot June 5 in the proposed recall of Wisconsin Gov. Scott Walker, she noticed three people in the back of the room. They were watching, taking notes.
Officially called…

CALLING ALL FRIENDS!!! Here's a media smack down going viral ! Let's do this NOW cuz now is the time! Thanks Patriots!

Full Spectrum Operations in the Homeland: A “Vision” of the Future

If you have not read this article written by  Kevin Benson and Jennifer Weber, you should.  It will make you angry, because it blames those on the right for the things those on the left are actively doing.  It specifically names the tea party as the ?trouble makers" and the folks the military has to deal with.  The scary part is the folks that wrote this are in positions to spew this stuff to the military and young people who may not know the truth and the authors would be coming…