I literally JUST GOT THIS..

As reported in out last…

On Wednesday, April 30, 2014, SB-296 by Senator Jeff Brandes will be heard on the Senate Floor. The Senate needs to substitute the House bill, HB-209 and pass it without amendments.

SB-296 Mandatory Evacuation is the Senate version of HB-209 that has been under constant attack by the Florida Sheriffs Association and continues to be under attack in the Senate.…

Do you think illegal aliens should be allowed to be an Officer of the Court in Florida?

Eligibility on who is…

SB1400 Sponsor Senator Latvala is expected to attempt a Senate floor vote as early as Monday April 28, 2014. Because the bill was blocked by patriot and hero Senator Joe Negron, a supermajority of 27 votes will be needed.

4/25 Update on INSTATE tuition for Illegals

It’s crunch time for state lawmakers, and with the annual 60-day legislative session winding down to within two weeks, a well-publicized immigration bill is noticeably absent Tuesday from a key budget meeting.

But an effort to add similar language to several other bills is under way.

Great Read on Actions In Tally

TALLAHASSEE (CBSMiami/NSF) - The volume on the fourth floor outside the House and Senate chambers is reaching a crescendo. Lobbyists are jockeying for positions in front of the chamber doors as lawmakers emerge for quick pow-wows. It’s all part of the last-minute frenzy as, in the words of powerful Sen. John Thrasher, “bills are dying.”

Priorities of House and Senate leaders — including pensions, school vouchers and medical marijuana — are all “trade bait” as the days wind down before…

COMMON CORE - WHAT IS HAPPENING IN OUR SCHOOLS ??

moved from front page, for those who missed it...

WHAT IS HAPPENING IN OUR SCHOOLS ??

We as parents are here to protect and guide our children. The government is trying to keep us from doing just that.

Click on the link to get to the story.

On Wednesday Tracy and Mary Finney of Marietta, Georgia were met by a police officer outside their…

Below are meetings and events for the next two weeks ending May 3rd, 2014.…

I want to take a minute and let you know that this will be the last communication  you will receive from me. I have been training our new office manager on the website and have turned the maintenance of the site and function of Action Items and general communication "blasts" over to Babs Jordan. Babs will work with Vic Cirillo, the Action Team…

IF you believe a FREE PEOPLE deserve the RIGHT to PRIVATE PROPERTY, then

This message was prepared by ACT for AMERICA and makes both phone and email contact to your respective State Senator's extremely simple. Please take a moment and ensure that we protect AMERICAN LAWS in our Courts.

SB386 is common-sense legislation that protects…

Will Common Core Undo Rick Scott's re-election? It might just do that if we do not stop it!

After a week off our Government is back in session

This is our last chance to reach out to our elected officials as they appear to have NOT listened to the voices of so many concerned parents, grandparents…

Below are meetings and events for the next week ending April 26, 2014.…

Join fellow patriots for an outstanding event that will be attended by Tea Partiers and many groups around Florida in Bunnell at Thunder Gulch Campground.

Yes, it,s Tax Day, and FCTP is not having a "Rally" at the Landing.

I want to "Thank" everyone that helped in years past.

Does Harry Reid truly know what his Nevada really stands for?... 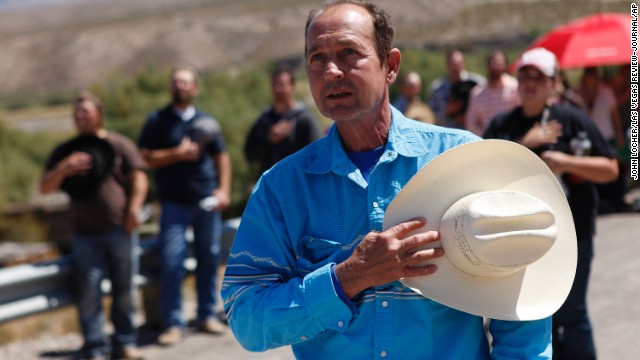 “I see lobbying,” Tony Podesta has said, “as getting information in the hands of people who are making decisions so they can make more informed decisions.” We see it as how obscene wealth can be amassed through rent-seeking and influence-peddling in Washington D.C., and of the hoary means by which the princelings of the capital and their consorts maintain and grow that wealth. This is the story of the power of lobbying, of how one family maneuvered to the center of the…

ALL TALK OF IMPEACHMENT SHOULD CEASE

1. All work must be directed toward winning the Senate (with a Republican/Tea Party Congress much can be done against the Liberal agenda)

FCTP LET LOCAL MEMBER GROUP DOWN.  HOW CAN THEY PROCLAIM TO BE A TEA PARTY WHEN THEY CAN'T COME OUT AND SUPPORT ONE OF THEIR MEMBER GROUPS????  THE CAUSE AND OR EVENT AFFECTS ALL TEA PARTY MEMBERS AND THE CANDIDATES THEY SUPPORT.

ARE THEY JUST ANOTHER TALK GROUP W/NO ACTION??  A SIMPLE NEWS ALERT WOULD HAVE BEEN GOOD BUT LIBERTY DWELLERS WAS NOT EVEN GIVEN THE COURTEOUSY OF THAT.  YOU CAN'T PICK AND CHOOSE AS OUR GROUPS WERE FOUNDED ON GRASS ROOTS VALUES AND LOVE FOR OUR COUNTRY AND…

This bill will be heard tomorrow- Friday 4/11/14 in the House Economic Affairs Committee.

This bill started out good but took a turn for the worse after the last committee amended it. While there are some good…